We were recently lucky enough to add a beautiful and fierce baby girl to our family, already a never-ceasing source of light for me because of our three-year-old son. He is on the autism spectrum, but so incredibly bright and curious that our days are filled with the same joys and tribulations as those of families with neurotypical children.

And, just as any family with a neurotypical child experiences, we’ve been elbow-deep in the transition from being a family of three to being one of four. And it’s been… interesting.

Certainly, a diagnosis of autism spectrum disorder doesn’t necessarily HELP with this process. But neither does extreme sleep deprivation… there’s a reason it’s a form of torture, and torture is prohibited by the Geneva convention, after all… or being working parents, or having no paid leave, or figuring out childcare, or daycare germs, or family drama, or any myriad of other things that every parent deals with every day. And that’s why I’m positive we’re going to be just fine.

But until then… here are 10 things my autistic son would rather do than acknowledge the new baby.

1.      Watch Moana. This one, I get. Lin Manuel-Miranda, female, empowered protagonist, catchy soundtrack. Dad and I are A-OK with this first one, actually.

2.      Attempt to throw himself into the arms of whichever parent is currently holding the new baby. To be expected, I’m sure, but always good for a thrilling moment of adrenaline-saturated terror as you juggle a labyrinth of toddler limbs and a newborn without snapping anyone’s spine.

3.      Repeatedly scream at top decibel level to activate the voice-activated animatronic piranha his mother bought him for some inexplicable reason. Seriously. I have no idea what I was thinking. In my defense, it was on the Halloween clearance rack at the CVS, I was pregnant, my back hurt, he wanted it, I wanted to get out with a minimum of screaming, so we compromised by both getting the piranha and also screaming.

4.      Not consume proteins. Any proteins. I’d love to blame this on the autism, but I’m not naïve. Toddlers just don’t eat. Just don’t eat. Anything. If you want to guarantee that your child won’t eat, try making dinner. Literally, doesn’t matter what you make, I guarantee it won’t get eaten.

6.      Start Moana over again once it ends. Ok, long about the fourth time in a row, Moana starts to get a LITTLE old. I know, I know, that’s sacrilege. It’s Moana, after all, and the Hamilton guy did it, for goodness sake. But, there you have it. I’m getting a bit sick of it, so if you ever find yourself in this position, I give you FULL PERMISSION to admit your boredom. What can I say except ‘You’re Welcome?’

7.      Endeavor to outshriek the new baby when it cries. Currently trying to figure out if this is better or worse than the piranha. One makes deafening bubbling noises while its eyes flash blood red, and the other penetrates my very frontal cortex with sheer volume, juxtaposed against the shrill, shrill, shrill cacophony of a hungry newborn. Either way, this is a particularly fun way my autistic son chooses not to acknowledge the new baby.

8.   Enthusiastically push the new baby’s cradle back and forth without sparing a glance at the new baby flopping around violently inside. This extends to pretty much all baby-related furniture. The rock and play. The bassinet. The car seat. If it’s possible to jostle the new baby around, my son is jostling it, and if he can turn on the vibration switch and wake it up, all the better.

9.  Stare at the iPad he’s been watching far too much of since the arrival of the new baby. Because watching unboxing videos, at great length, is WAY more fun for him than that time I tried to place the new baby on his lap and he immediately squirmed away and fell off the couch like it was a leper about to touch him.

10.  Give hugs. Laugh at jokes. Jump on beds. Hide in closets. Use manners. Go to school. Kiss his parents. Dream. Love. Live. Because, at the end of the day, we are a family, through good and bad. And both of my children will grow up knowing that family is the most important thing you get in this life. And however long it takes us all to start acknowledging one another, that’s how long it will take; because it’s from there that the love grows, and I know…I KNOW…that love will be there soon enough.

I am the luckiest mom in the world, and it’s not just because Moana isn’t easily accessible on Netflix anymore.

Though that doesn’t hurt, either.

Shannon Frost Greenstein resides in Philadelphia with her children, soulmate, and spoiled cats.  She aims to write her way out of debt and acquire EVEN MORE CATS.  She comes up when you Google her and can be followed on Facebook and Twitter. 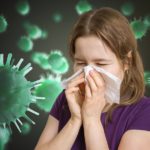 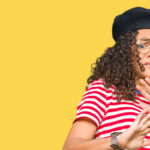