This column is for all the moms, dads and grandparents who have, or once had, preschool-age children who watched everyone’s favorite primate on television.

As I’m sure some of you can relate, I’ve had two children obsessed with the little brown monkey. First there was my 6-year-old, who loved George at age two and still enjoys him today. And now, my 1 ½ year old is absolutely obsessed with the character we refer to as her “monkey overlord” (pictured above).

So, I’ve basically seen this show a dozen times a day for four years straight and, after countless hours of watching what is actually a quite entertaining, very well-written children’s program, there are a few things I need to get off my chest.

Please note these insights only pertain to the PBS Kids animated television show, not necessarily the beloved books by Margret and H.A. Rey, and certainly not the Universal Studios films which had the audacity to name The Man with the Yellow Hat “Ted.”

So, for your pondering pleasure, I give you 10 Unanswered Questions About PBS Kids’ “Curious George.”

Regardless of the puzzling facts put forth here today, you can’t deny that there is something about this show that is irresistible to children and obviously sticks in the brains of their parents as well. The man, the myth, the monkey has definitely made an indelible mark on our household so I say Godspeed, Curious George. You’ve done more in your life naked then any of us can ever hope to achieve.

About the author: Holly Herndon is a freelance writer who has been covering arts, entertainment and events in the Temecula Valley for seven years. She loves San Diego sports almost as much as her husband and two young daughters. You can find her most recent work on What’s Up? Temecula at whatsuptemecula.com. Follow her on Facebook at https://www.facebook.com/WhatsUpTemecula on Twitter at https://twitter.com/WhatsUpTemecula and on Google+ at https://plus.google.com/+Whatsuptemeculacom/. 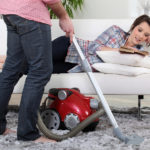 20 Tips to Becoming a Superhero to Your Spouse 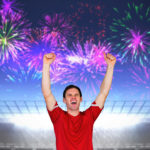 This Is Why We Can’t Have Nice Laws, America