I’m sure you’ve heard by now that on July 4, a young man attempted to light a firework off the top of his head and instantly suffered precisely the tragic result you would expect. Reports state that his mother has since called for stricter laws concerning the handling of fireworks.

Perhaps something along the lines of “It is illegal to light fireworks on top of your head.”

Did you ever wonder why we have so many dumb laws? Like, why do we need a law making it illegal for establishments that serve alcohol in Florida to permit dwarf-tossing? Sure, it seems obvious to 99% of the mai tai-drinking population that you shouldn’t pick up the nearest little person and hurl him across the room, but someone did, and someone made a call to the legislature and now there’s a law on the books.

The sad thing is, this world has real problems. Our elected representatives should be spending their time addressing the concerns of every-day hard-working non-dwarf-tossing mom-type people with no desire for firework hairdos, instead of “solving” problems that don’t even exist. For instance, here are some of the more important laws I would like to see enacted:

It is illegal for ice cream trucks to operate during meal times, or nap times, or whenever a mom has spent all her available cash, whether at the Target dollar bin or the parking meter in front of the place where we just went for ice cream two hours ago.

It is illegal for any spouse who has agreed—whether by telephonic communication, text message, or what I could have sworn was a nod—to come home late to drive any offspring to a sporting contest in time for warm-ups citing the delay as “important meeting,” “horrendous traffic,” or any other “emergency,” real or imagined (unlike the nod, which was totally real).

Chuck E Cheese shall be illegal. A machine capable of reversing time shall be invented and employed to travel backward in time to ensure that Chuck E Cheese is never ever invented. Should this prove impossible, the machine will be employed to prevent the invention of Caillou.

See what I mean? Let’s set aside the utterly ridiculous laws for one-in-a-million drunken-dwarf-toss situations and turn our legislators’ attention to the real problems of real people that really happen—like every #$#% day (to me).

I’m Peyton Price and I approve this message.

Peyton Price is the author of Suburban Haiku: Poetic Dispatches From Behind The Picket Fence. You can find her making pathetic excuses in social situations and at suburbanhaiku.com. 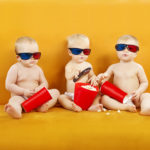 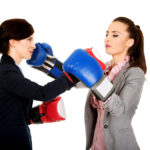 Is Motherhood Your Greatest Accomplishment?