I have a very high tolerance for American bashing.

As a New Yorker, I do a fair amount of it myself. I also lived in the UK where, until I could mimic a Brit as well as Meryl Streep, people used to over-enunciate and speak about two decibels higher than necessary. No joke.

We as a nation are not liked much –and often for good reason– so it’s not surprising that overbearing, loud, poorly dressed Americans seeking ketchup in fine dining restaurants draw such scorn.

Foreign folks: think again! Here are my top five reasons why American tourists rock and you should show them some appreciation.

1. They are ridiculously friendly. Seriously. If I didn’t know any better, I’d think they were just happy puppies in disguise whose worst offence is to over-enthusiastically lick your face – figuratively of course (If literal, chances are you’ll manage to outrun them pretty easily).

2. They speak English. If you don’t already speak this fluently – which you hopefully do for the sake of your country’s economy– then this is the perfect opportunity to practice. Fear not, you will have plenty to talk about. According to broadcast numbers, the rest of the world loves our programming as much as we do. And with shows like Jersey Shore topping the export list, your taste is as mediocre as ours!

3. They are easy to spot. This is incredibly convenient if you want to avoid tourists or are a tourist yourself. Nothing’s worse than stopping someone who looks so chic they could belong in Paris only to discover you’ve wasted your time questioning an Italian who is as clueless as you.

4. They are unbelievably grateful if you take two seconds to stop and welcome them. See my first point re: the excited puppy.

5. They are tourists! You can’t simultaneously make fun of the fact that so few of us (estimates are at 3.5-5%) travel abroad for leisure but then treat us like shit when we do. We may smile broadly and stupidly and be uber friendly but yes we do catch the eye rolls and sarcasm. We just choose to ignore it.

I’d like to leave you with one last thought. The dreaded American tourist all of you love to hate so much (shhh we know it helps you feel so much better about yourselves) are the ones that you notice. Many of us are utterly discreet. I could easily write a take-down about any number of nationalities as tourists –Brits taking beer drinking vacations in southern Spain come to mind first – but that would be a tasteless generalisation. And this American is classier than that.

I’ll take a loud enthusiastic American over a beer-barfing lad every time. American tourists are at worst utterly harmless, particularly since we can’t legally pack heat abroad. At best, we are an unexpected ray of friendly sunshine, so please un-bunch your panties and treat us that way. 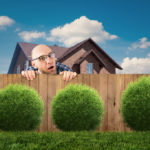 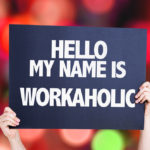 Confessions From a Pansy Parent and Emerging Workaholic