The first is that my children don’t respect my authority.

This is most evident at nap time and bedtime over the past several weeks. They are tired, they need to sleep, but they refuse. They come out of their room a million times a night. Telling them to go back to bed doesn’t work. disciplining them doesn’t work. They just keep coming.

Because they’ve learned that if they keep getting up, I will throw in the towel, mutter some ugly words under my breath, and say, “Fine! You don’t have to sleep! I don’t care!”

And they’ve learned this because I’m a pansy parent.

I hate conflict. I don’t want to fight with my kids. I don’t like my last words to them being, “Stay in bed!” I hate it. Every second of it. I get upset, then frustrated, then angry, then just when I’m on the verge of turning into the ugliest version of myself possible, I cave and I let them win.

Thus, the phrase “it’s time to go to sleep” means nothing to them.

And it’s all my fault.

During an emotional breakdown today that would rival any Oscar winner’s, I told my husband I couldn’t do this. I wasn’t strong enough. I’ve dug myself too big of a hole and now my children, at the ages of just two and three, are walking all over me.

I have to find the strength that I pray resides in me somewhere so I can set these boundaries and teach my kids that when Mom says to do something, they have to do it.

And I am not looking forward to that battle.

This epiphany enlightened me to the second truth.

I am an emerging workaholic.

I’ve talked before about how I enjoy staying up late to work. I enjoy the stillness, the quiet, the freedom to get my stuff done at my pace without the constant interruptions which occur during sunlit hours.

But today I realized that, yes, I do enjoy my work, and yes I do it for that reason, but I also do it because my work and my time spent on my work is something I can control.

I decide what to write, what to edit, what to do with my alone time. I decide what goes where and who does what. I have complete control over what I do and don’t do.

Because I feel so out of control in my motherhood life, I am clinging to, and plunging myself into, my work because it makes me feel like, “Hey, at least I have something I’m doing right.”

I totally understand how workaholics are made and, once again, this is another battle I’m going to have to fight.

I need to do my various jobs because I love them, because I want to, and not as some sort pf psychological fake out that makes me feel better about myself because I’ve become a pansy parent. I have to do it for the right reasons. And I need to learn to transfer some of that control into my role as a mom.

I can’t exactly control my kids’ behavior, but I can control mine. I can control my temper. I can keep my word. I can lay out disciplinary actions for disobedience and follow through every single time. I have that in me. I just have to let it out.

I’m scared, guys. I need my children to do what I say. In the end it will make all of us happier and healthier but.. it’s going to be hard. And, like I’ve said a million times already, I don’t know if I can find that strength to do it. I hope I can. I think I can.

This post originally appeared on Is It Bedtime Yet?

Toni Hammer is a blogger, freelance writer, and editor who just signed her first book deal. She is a regular writer for Scary Mommy, Babble, and Huffington Post amongst others. Her humor has been featured on both Huffington Post and Babble’s Funniest Parenting Tweets of the Week lists as well as The Today Show’s Funniest Parents on Facebook. Aside from writing, she is the Content Strategist & Editor for Sammiches & Psych Meds and aspires to run her own site someday. You can find her chronicling her mommy misadventures at Is It  Bedtime Yet and on Facebook and Twitter. 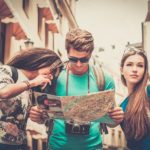 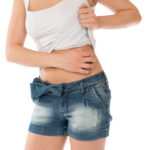 Don’t Scratch That! My Life With Eczema