Or Instagram.  Or Twitter.  Or Pinterest.  Or anywhere.  If any of these words rhymed then you could recite it to yourself to the rhythm of Green Eggs and Ham.  THEN maybe people would remember not to post these pictures:

2. Your toddlers in just a diaper.

I would prefer that your children were fully dressed at all times, but I can let the occasional photo slide without judging you.  But when all of your children are lounging around in disposable diapers and nothing else, in every picture, that’s another story.  You have no one to blame but yourself when you find yourself arguing with your teenage daughter 10 years from now about her inappropriate outfit.

Or anything else that will make me jealous.  Like detailed photos of your kitchen reno, where the ‘before’ looks better than my ‘no-hope-in-hell’.

If you look great I’ll be, once again, jealous.  Plus it never fails that someone looks over my shoulder the moment that your bikini shot goes by the timeline on my phone, leaving me to have that awkward decision between closing it quickly, making it look like I was just caught ogling you, or leaving it open and looking even more guilty of being a pervert as I figure out how fast to scroll by it, alternating with sideways looks and uncomfortable chuckles with the onlooker.

If it’s bad enough to require you to solicit opinions about whether gangrene is imminent, you need to get your ass to a clinic for God’s sake!

Facebook time is my happy time.  Not my muse for nightmares.

It is bad enough that whenever I consult WebMD to research whatever horrible disease I am dying of that week I have to see that wretched toenail infection picture that seems to lurk in the sidebar (feet AND fungus…add a wound and it’s a hat trick of nausea).

You would think that with a list this long of things that offend me (and these are just the photos…I haven’t listed the written peeves) that I would spend less time on there.  Like an unplanned aversion therapy of sorts.  I think it might be working.  We’ll discuss it right after I update my status… 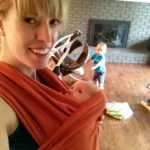 I am a capable mom. 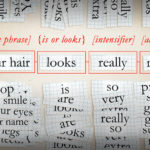 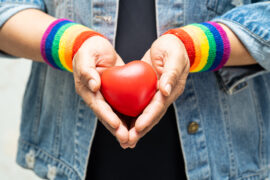 She Needs a Village

5 Moms More Awful Than Me