Let’s start with this: learning to breastfeed your baby comes about as “naturally” as learning how to twerk, assuming you’re not Miley Cyrus, who just took right to it. For the rest of us, there’s an unexpected learning curve. Prior to having a baby, you may have had a vague picture in your head of a nursing mother and child: sort of a discreet, subtle, hazy portrait based on a painting. Something like this: 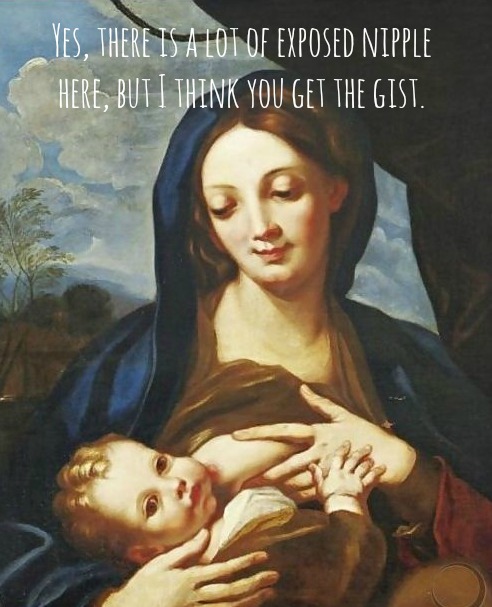 It looked kind of nice. It looked serene. Most importantly, it looked really easy.

And then you have a baby. It does not look like that picture.

So, why exactly is this very natural thing so complicated for so many of us? Let’s take a look at the hidden challenges to breastfeeding.

Throughout history, women learned to breastfeed by watching other women. But we don’t roll that way anymore, because we’re both an advanced and spectacularly backward society. We’re funny that way. Nowadays, many an expectant mother signs up for a class led by a “lactation consultant” to learn how to do this thing that primitive cavewomen could do with no professional assistance or even the internet to help them. Going to this class is kind of like going to a bad one-woman play, in the middle of the work week, when you are super pregnant and super exhausted. And hungry. Always hungry.

My class was led by a strangely animated consultant who repeatedly showcased for us, with her own adult mouth, the guppy-like sucking we could expect from our newborns. To say it was disconcerting to watch her in action is a slight understatement. I had nightmares about this grown woman nestling into my bosom for weeks before my son Nolan was born. To kick off class, she sat cross-legged on the floor, pretending to be a pioneer woman feeding her baby in a field of wheat. She was illustrating the critical point that, if we were pioneer mothers, we too would nurse our babies as not to leave them lying helpless in the fields. This lesson was confusing for its total lack of relevance to our lives.

You’re only as well prepared as your lactation consultant. And when she is busy role playing in wheat, you’re screwed.

I took “engorgement” to mean “kind of full.” Turns out it doesn’t mean that. Nobody disclosed the sheer volume of fluids I’d be dealing with. I’d expected milk to flow when the baby was nursing. I hadn’t expected milk to fly out across the shower and into the wall. I didn’t expect that if Nolan took his mouth away for even a second, milk would shoot right into his little face, blinding and drowning him. They don’t make paintings of that, so how could I know?

If you’re engorged, it means that your boobs are about to explode–veritable milk grenades waiting to launch. You may become fearful of your own giant chest. You might need to put cabbage in your bra to calm that shit down. You may get a fever. You may feel throbbing that extends all the way to your armpits. It’s awesome.

I had also not understood what people meant by “leaking.” I thought that meant a spot or two of milk on your bra. I didn’t think it meant that I’d look like I just walked out of a wet t-shirt contest as the lone competitor. If I’d known about nursing pads ahead of time, I could have saved myself a lot of laundry and public shame.

Lactation consultants are milk magicians. They can quickly get your baby to nurse, make it look like they did absolutely nothing, and then later, when you’re left to your own devices, you cannot for the life of you replicate the results. During my hospital stay I had a rotating cast of characters examine Nolan’s “latch.” Mostly, the consultations went something like this:

Me: I don’t think this is really working right.

Lactation Consultant (LC): Sure it is. Look at him go! (LC is peering VERY closely at my nipples, and grabbing at them now and again in a confusing manner)

Me: I can’t tell, but he doesn’t seem to be on there. (Note: I’m not seeing a damn thing that would make me say “Look at him go!”)

LC: Here we go, just a little to the left. There! All set. (LC lunges to grab my nipple and shoves it into Nolan’s mouth. She then quickly exits the room, leaving me completely confused as to how she secured a “latch” and how I might be able to accomplish this on my own).

I did have one amazing lactation consultant, but my interaction with her was in a state of such total exhaustion that I think I hallucinated her. She crept into my room at night, unbidden, and told me to pretend that my breast was a taco. She squeezed until its shape did in fact resemble a taco, and Nolan latched like it was the last taco on earth. It was nothing short of spectacular. Now someone was finally speaking my language. If I know one thing, it’s Mexican food.

This is a tricky one. For the first two weeks of Nolan’s life I was never NOT topless. I was often nursing him in front of large windows with no shades, not because I was feeling proud and free, I just simply could not get my shit together to be more discreet. Wearing a shirt added a layer of complexity to the nursing equation I just couldn’t deal with. And who had time to buy shades? Being on public display as a newly nursing mother was not something I had considered, and as a lifetime non-nudist it was a jarring adjustment. 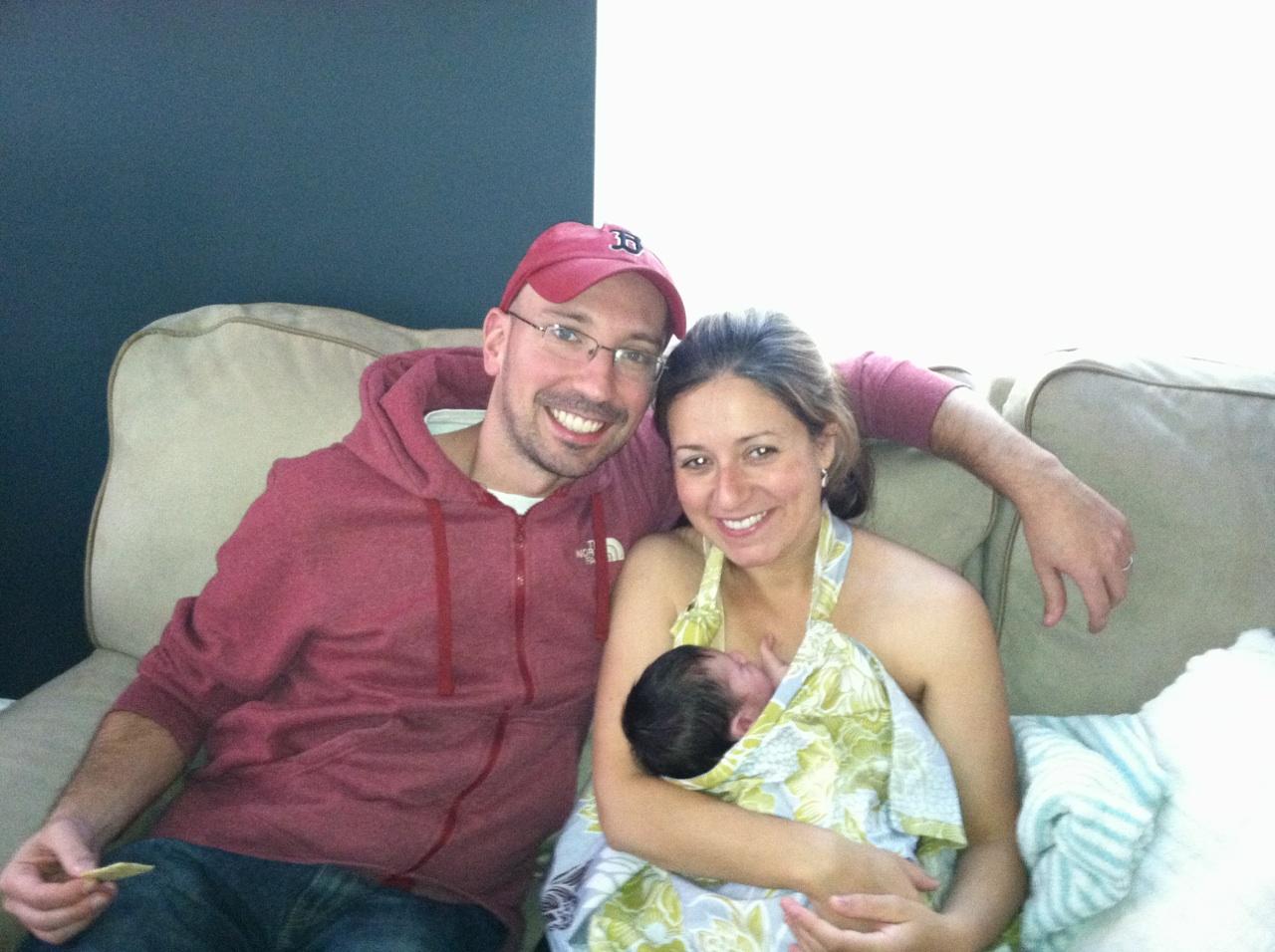 Caption: Please note that I am completely topless in this photo. Yes, I am wearing a cover, but I am now aware that I was still supposed to be wearing a shirt.

Listen. If you’re already going through the exhausting process of nursing a baby around the clock, the last thing you want to do is feed a machine on your off-time. It’s just ridiculous. The “pumping tote” does NOT look like a briefcase, I don’t care what they tell you. And yeah, you can buy special bras, because lord knows these look awesome and convenient: 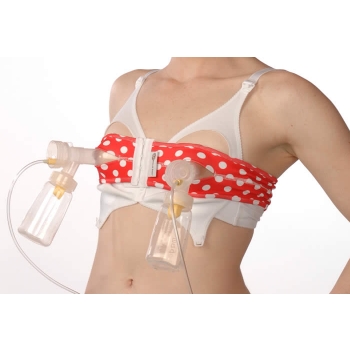 This one may be specific to my baby. Nolan is a total wild animal on the breast. He flails, he gulps, he swings his arms and legs wildly. And he grunts a LOT. When he was younger he also regularly took huge shits while he was nursing, even though I repeatedly asked him not to. He took no social cues from the quietly nursing babies around him at mom groups. It’s like he didn’t even care. I’m not sure how common this is, but if you have a Nolan on your hands you know what I’m talking about. It’s like someone dressed a starving raccoon up as a baby, gave it an upper, and then let it sneak onto your lap at mealtime.

Baby teeth are sneaky bastards, lurking underneath those adorable gums, ready to clamp down on your nipples like a piranha. You aren’t supposed to yell out in pain when your baby bites, because he will either think it’s funny, or get so scared that he quits nursing altogether. Instead you’re supposed to calmly stop the nursing session, or push his face into your bosom to encourage a release. This is not easy when your nipple is in a vice. You do NOT want to pull the baby off of you, because your nipple is likely to come right off your body. (Note: That last statement is not medically verifiable). Although nursing is supposed to calming, if you’re a thrill seeker you may find it exciting to introduce this element of fear into the equation.

Ok, I did not (luckily) have either mastitis or thrush. I’ve never heard them called “The Dreaded Duo.” I don’t actually think that one has anything to do with the other. But I know they suck and I expect that some readers will have experience with them, and can speak to this point. 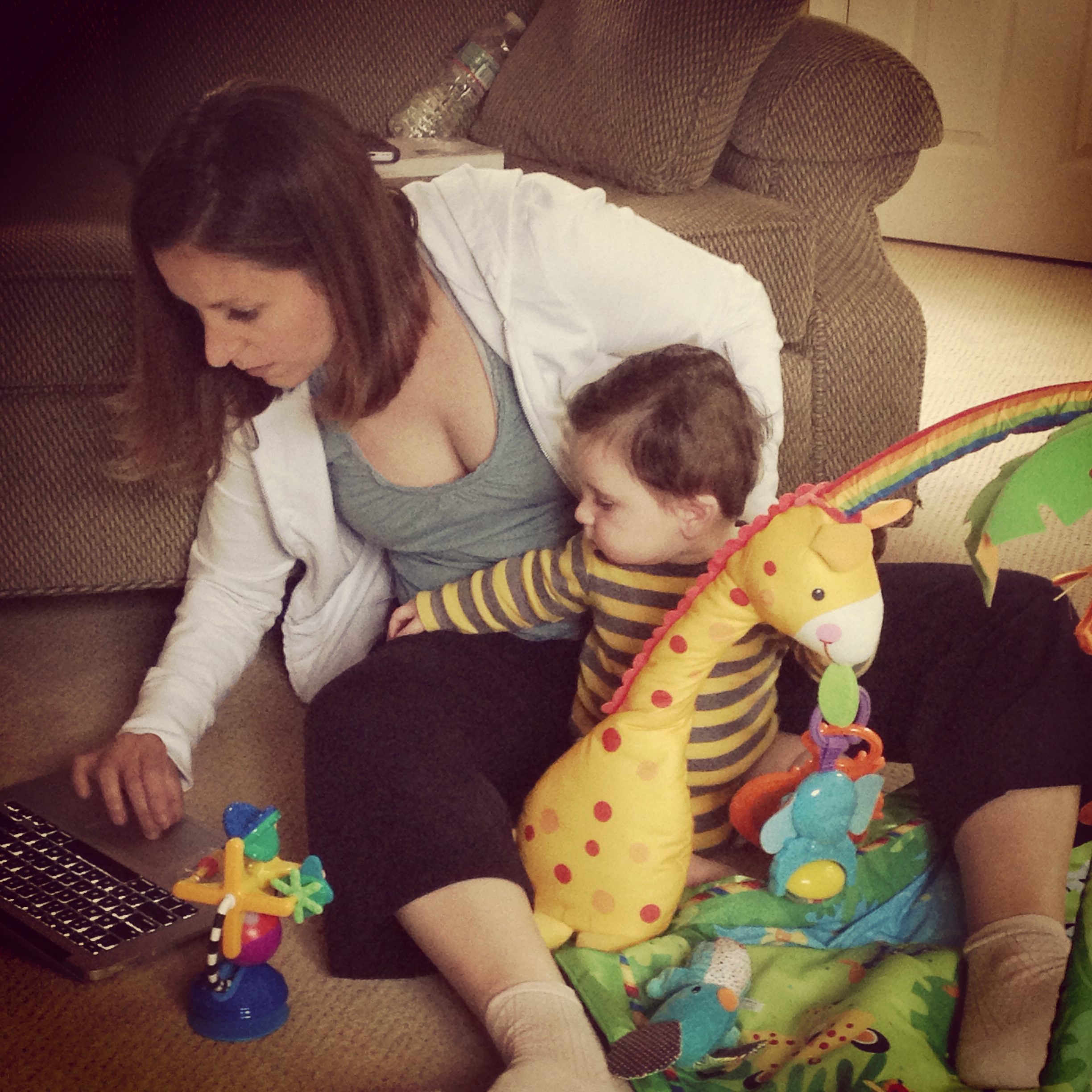 Caption: My sister took this photo of Nolan and me working on my blog. It’s nice how my boobs are so prominent here. I’ve never had any boobs to speak of, and now I can’t control them at all. Thanks, breastfeeding!

What challenges have you had with breastfeeding? Has it been harder or easier than you thought it would be? If you’re bottle feeding, what challenges are you having with that?

Liz spent much of the past decade as a social worker and photographer, earning very little money but having the opportunity to travel widely and meet many interesting people, including a drunk Canadian who cut her a mullet on a dare. Now a full-time mom and blogger, Liz is continuing her quest to make no money and spending her days wondering why her son so closely resembles a ham. While many, many people call her Mother Earth, she finds that cumbersome. Please just call her Liz. Liz blogs about the joy and ridiculousness that is motherhood at A Mothership Down. Her work has also been featured on Huffington Post, Scary Mommy, and Mamapedia, among others. 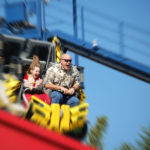 Best Memories of my Father 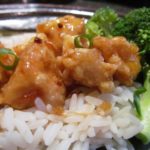