I go camping every year with my family.  I hate it.  I go unwillingly.  My family loves it, and judging by the trouble we have booking a site each year – you would think Katy Perry was going to camp with us. And I’m guessing by the way people book sites so early – there must be some other people out there who actually like to camp.  I have some theories about who they might be:

Camping is cheap, and just barely qualifies as a vacation.  It’s perfect for people who want to sleep somewhere other than their home, and want to avoid repeating the awkwardness of being escorted out of the IKEA display bedrooms.

It’s a competition to be the most granola and “at one with Mother Earth” of all your friends from hot yoga.  Wearing Lululemon and drinking green tea, that you grew yourself in a community garden, are no longer enough.  You have to sleep outside if you want to be taken seriously.

Serial Killers on the Run

I don’t know why I imagine that the woods are full of serial killers, but I do.  Maybe I read Little Red Riding Hood one too many times.  Or maybe it was that time when there actually was a murderer on the loose in the forest surrounding my inlaws’ country home.  Think about it – is a fleeing felon going to hang out at Starbucks around all those newspapers and Google news alerts?  No!  Out in the woods, wanted posters get lost among the Smokey the Bear and Give a Hoot – Don’t Pollute signs.  Plus everyone looks slightly shifty when they’re camping, so it’s easy to blend.

Nothing like camping to look like you’re living in your car on purpose.  There’s no continental breakfast, but there aren’t too many nosy questions from the park rangers either.  A different spot each day, no one to bother you, and no commitments…actually I’m going to look into this…I may be willing to overlook the camping part.

There are no bathtubs in the woods.  It’s okay to be dirty; inside voices have been left at home where there were walls to contain them; and sugar sandwiches are regularly served well after bedtime.  What’s not to like?

People Who Don’t Do Their Own Laundry

When we camp I find myself packing for all four seasons.  We face desert-like conditions during the day and an arctic chill in the middle of the night, and any other possible permutation of temperatures for the entire trip.  It requires bringing a wardrobe rivaling the size of all four volumes of the Sears catalogue.  And then when the trip is over, you can’t just go shoving the leftover clean clothes into your dresser, because everything smells like it was part of an insurance scam, and is more damp than… well I’m just not going to finish that because soon I’m going to be saying ‘moist’ and no one wants to hear that word.  But the ones who don’t do the laundry don’t understand any of this.  The magic clothing fairy follows him into the woods… resists the urge to leave him for dead… and returns home in time to provide him with a fresh wardrobe for work.  Camping is easy.

Like the shifty serial killers, people who recoil from the indulgence of personal hygiene love the opportunity camping gives them to blend.  Everyone is dirty when they camp.  You could arrive at the campground fresh from a makeover and photo shoot, and within 10 minutes look like PigPen’s twin sister.  It’s unavoidable.

I think we have covered them already.  This list actually could have been one item long, and this would be it.

The people who get dressed with the blinds open and have sex loudly near an open window get particularly excited about doing it in a cave made of thin nylon.  Those people are always within grunting range of our site.  I really wish they would just do it in a Canadian Tire instead – at least there are fire extinguishers within reach.

Now before you get all outraged and type an angry reply about how wonderful camping is, and what an asshole I am… look again at the list… you’re on it… which one are you?  If you don’t tell me, then I get to draw my own conclusions. 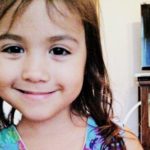 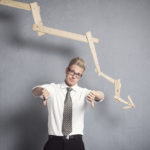 Hey Dick, There’s a Problem With Your Spreadsheet!