When my daughter Sammi was just over a year old, she had surgery to repair a congenital heart defect. After the worst of it was over and she was nearly — but not quite — ready to go home, they moved us from the ICU to the general ward of the children’s hospital.

In the ICU, each child has her own tiny room — about twice as wide as a twin bed — with a glass partition at the end of it. On the other side of that partition sits the child’s personal nurse, up on a stool next to a computer that monitors a host of vital signs and other measurements. That nurse has no other patients. When shifts change, two nurses fill that tiny space for thirty minutes, conferring and learning so that the new nurse has all the information necessary to sit vigil for the next shift.

In the general wards, the supervision is quite different. So are the rooms. When we got to the door, I went in and dropped all our stuff unceremoniously on the nearest chair, then stopped in my tracks.

“There’s someone already in this room,” I whispered to the nurse, pointing at the curtain and then at the loud tv tuned to cartoons.

“There are no private rooms in the general wards,” she answered. “All the rooms up here are doubles.”

Sammi was now wide awake. Our side of the room had a crib, a wall-mounted tv, and a side table that swiveled over a large easy chair. The lights were out on our side of the room but bright on the other side. I couldn’t see any feet under the curtain, just the base of another crib. The nurse settled Sammi into her crib with the IV pole next to her. I sat in the easy chair and, fruitlessly, said, “time to sleep, sunshine. Close your eyes.”

Sammi whimpered, stood up, and reached for me.

I spent that night in stages of hazy reconfiguring with Sammi on my chest in the easy chair, the IV pole hanging above us. I wrapped her baby blanket over her and, around 3am, called the nurse and begged her to ask the people on the other side of the room to turn out their lights. She peeked her head behind the curtain and then flipped off the light switch without a word.

In the early morning, I buzzed the nurse again and told her I needed to use the bathroom. I wasn’t allowed to use the one in the room — that was for patients only — and so I hoped she would hold Sammi until I returned from the public bathroom at the end of the hall.

The nurse rolled her eyes. “She’ll be fine if you leave for a few minutes. Just put her in her crib.”

“She’ll be scared and scream,” I answered. “She’s only 14 months old; could you please stay with her?”

She agreed, grudgingly, and I sprinted down the hall to the bathroom, peed, and sprinted back. The nurse handed Sammi back to me and left, reminding me that the nurses on the floor during the day would be too busy to do this every time I had to walk out.

While I had been gone, the curtain between the two sections of the room had been pulled back a little, and I could see an enormous collection of toys scattered on the windowsill, the floor beneath the crib, and on the counter space that ran along the opposite wall. In the crib was a baby boy, staring at the cartoons on the television and clutching a brightly colored stuffed toy. He was alone.

Over the course of the next two hours, nurses and other staff of the hospital came and went from our shared room. All of them spoke to our young roommate. I won’t use his real name here, but it went something like this:

“Hey, Ricardo! Good morning! Did you sleep? Look at those numbers — you’re doing so much better!”

“Ricado, hello! Do you want that other toy? Here, sweetie.”

The people who greeted Ricardo, our roommate, ran the gamut from nurses and therapists to the custodian who came to empty the garbage can. Ricardo never made any sounds to answer them, but one therapist who came in asked us if it would be ok for her to open the curtain. She said it would be good for him to have some company, if we didn’t mind.

She opened the curtain fully to reveal his half of the room, which was full of evidence that he’d been there a while. Toys were plentiful and filled much more space than I’d previously realized. A high chair in the corner of the room had a piece of paper taped to the front that said:

Hi! This chair is for Ricardo in room 422! If you visit, please take Ricardo out of his crib and put him here. You can give him soft foods to play with like cooked carrots or mashed potatoes. He may not eat, but it’s good for him to touch and experiment. Thank you! –Speech therapy team

By mid-day, I realized that we had been here for more than twelve hours and no family members were staying with Ricardo.

By late afternoon, we’d had several three-way games of peek-a-boo, I’d tried out some rusty Spanish, and still, there was no one sitting with Ricardo. I asked the nicest nurse we saw that day where his family was.

Her face softened further and she looked like she wanted to tell me something, but then she stopped. “I’m not allowed to tell you anything about Ricardo because of HIPAA,” she said, “but generally speaking, I can tell you that there are lots of parents who just live too far away or need to work too much to stay with their kids in the hospital. Ricardo has spent a lot of time here in his life. We all love him — he is a sweet, sweet baby — and he gets a lot of visitors every day. We miss him when he goes home, even though we’re never glad when he has to come back.”

When she left, I snuck a look at the piece of paper that was taped to the end of his crib with his age on it. He was just two months older than Sammi.

I asked, before we left Ricardo’s room, if there was anything we could do for Ricardo. Could we visit him? Could we offer any help to his family? The nurses said no, we couldn’t, and also that we shouldn’t try — HIPAA laws precluded them from even telling us Ricardo’s last name. I left a little note next to his bed in broken Spanish. It said (I hope), “We shared a room with your beautiful son. He is so sweet. I hope he gets better soon.”

About the author: Debi Lewis is the mother of two daughters and blogs regularly at http://www.swallowmysunshine.com. You can find her essays at Kveller, Brain Child Magazine; RoleReboot; Mamalode; The Mighty; and on ChicagoNow. She is currently at work on a memoir about her younger daughter’s journey through medical mystery. Follow her on Twitter at @growthesunshine. 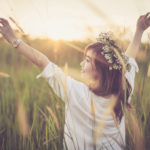 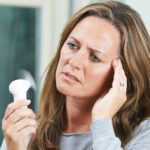 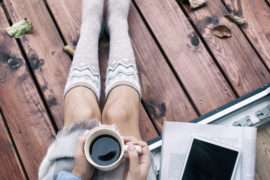