“Mommy, daddy stuck out his middle finger at a guy who cut him off and he said three bad words!”

Kids say the darndest things to their mom when their dad behaves like a fucking moron. Since I became a dad many years ago, I’ve been of the school of thought that I, and not some idiot celebrity or jackass YouTube influencer, should be one of two (my wife being the other) role models to my girls; you know, the whole “the apple doesn’t fall far from the tree.” Anyone who has kids knows that they tend to mimic behavior, especially their parents’ behavior. Like most dads, I try to set a good example for my two daughters at all times. I’m no Mike Brady (who the hell is?), but I am mindful (my wife’s favorite word), that when I’m with my daughters they see and hear everything I say and do.

Are there times when I lose my shit in front of my girls? Absolutely. I’m not proud of it and usually when I fly off the handle, it’s because I’m reacting to the mindless actions of some dipshit or dipshits. Of course, this doesn’t excuse my behavior, but it helps me rationalize it and ultimately explain to my wife why I did what I did in front of our girls.

The pandemic of 2020/21 brought the morons out en masse, at least on the freeways, in greater Los Angeles. One of the few upsides to the pandemic was freeway traffic in L.A., which, let’s face it, sucks, declined exponentially as millions of people jumped on Zoom calls in the morning instead of jumping in their cars. For several months, L.A.’s famous 405 Freeway, which is the busiest in the country and normally has bumper-to-bumper traffic at all hours of the day, (it’s basically the world’s largest damn parking lot), became a high-speed Autobahn-like expressway.

For a  while, jumping on the 405 was driving bliss and grinding 12-mile trips that had previously taken 40 to 45 minutes, now took 20 minutes. Gotta love that, right? Wrong. It didn’t take long for the 405 to become the west-coast version of the Indianapolis Motor Speedway as every asshole and his brother jumped at the opportunity to race their Dodge Challenger or Ford Mustang at speeds in excess of 100 mph, and treat all the other cars on the freeway like orange slalom pylons. These fucking douchebags weaved in and out of lanes with reckless abandon and zero regard for other drivers.

I’ve lost count on how many times in the past year I’ve flipped off guys who narrowly cut me off who thought they were the second coming of Lewis Hamilton. And, I’ll admit, there were some choice words I used while I gave them the bird. I’ll also admit that on more than one occasion my girls were in my car with me when I lost it. It’s not like I want to become unhinged in front of my daughters — instinct (and I guess testosterone may have something to do with it) takes over in these moments.

Once I calm down after losing my shit, I apologize to my girls for setting a bad example. I tell them there are a lot of idiots on the road–and some of these said idiots may be, well, unstable–and it’s best to not antagonize them. End of story, right? Not really. You see, ever since she was a toddler, my youngest daughter, Shanti, finds joy in outing me when we get home and telling my wife about my pea-brained behavior.

“Mommy, daddy just (insert my idiotic behavior here),” she says. Getting busted by Shanti opens up a whole new can of worms with my wife, Lissette. After digesting what Shanti shares with her, my wife’s standard reply to me is: “Are you proud of behaving like that in front of your daughters? How would you like it if I did something stupid like that?” The answer to the first question is, “No.” The answer to the second question is there is no answer because my wife never has, and never will, react the way I react to something some asshole has done directly or indirectly to me. To me, this is one of those classic examples of women being “wired differently” than men.

We know that when kids are toddlers and you say to them, “Now don’t tell mommy that daddy gave you a Snickers bar and Mountain Dew for breakfast,” the first thing they’re going to do is run into the other room and tell their mom. In the toddler age range, kids don’t yet have the cognitive abilities to discern the difference between being serious and joking — to them, the “Don’t tell mommy that daddy did a stupid thing,” is a game. However, once they become pre-teens, they damn well know that when you say, “Don’t tell mom about…,” that it should stay in — as Elaine on Seinfeld said — the “vault.”

Even though 14-year-old Shanti is very much daddy’s little girl, she has yet to embrace the put-it-in-the-vault philosophy. I still occasionally get busted by her, and I have to admit I have mixed feelings about that. On one hand, she knows idiotic behavior when she sees it and she knows that even if it’s her dad who is behaving moronically, that it’s wrong. In Shanti’s mind, telling my wife Lissette about my moronic behavior is her way of telling me, “Dad, I’ll stop telling mom about the idiotic things you do when you stop doing idiotic things.”

On the other hand…well…I guess she’s right.

About the author: Bob Marsocci is a writer who lives in Southern California, and a proud dad of two teenage girls. He recently launched GirlDadsRule, a blog that celebrates the unique bond and special relationship between dads and daughters.
Girl Dads Rule – You Had Me at Daddy
Girl Dads Rule (@girldads_rule) • Instagram photos and videos<
(20+) Bob Marsocci | Facebook
(19) Girl Dads Rule (@GirlDadsRule) / Twitter 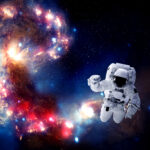 An Open Letter to you Baller Billionaires 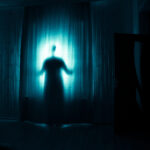