Confession time: I am a Cafeteria Catholic.

If you have no idea what I’m talking about, or if you’re a little rusty on your Catholic lingo, let me break it down for you. A Cafeteria Catholic is someone who strongly identifies as Catholic but has THE AUDACITY! THE TEMERITY! THE VERY GALL! to disagree with some of the Church’s teachings.

The imagery you need to understand the concept is right in the words themselves. Just picture a Ponderosa Steakhouse-style buffet, but with religious tenets hanging out behind the sneeze guard instead of food. Then visualize the self-proclaimed “good” Catholic walking by and piling his or her plate high and full with Every. Single. Possible. Thing. Leaving no item untouched.

Even the gross stuff.

And then there’s people like me. We lag at the back of the buffet line. We hem. We haw. We waffle. We waver. We take forever to decide, and in the end we pick just the few items we like while completely disregarding the rest.

We are the Cafeteria Catholics, and make no mistake about it – it’s a derogatory term.

It took me a long time to realize that’s exactly what that label is *supposed* to do.

Upon this realization, I started to pay closer attention, and I noticed that the people throwing around the label of Cafeteria Catholic were almost always conservative Catholics who saw it as an easy way to tear down progressive Catholics, primarily for their dissenting views on sexytimes.

“Oh, you support a woman’s right to use birth control or have an abortion? That’s nice.” (side whisper to friend: “Cafeteria Catholic.”)

“Oh, you shacked up with your boyfriend and engaged in all kinds of freaky good premarital sex?” *cough “CAFETERIA CATHOLIC”*

And if you’re gay? And you want to get MARRIED? You, my friend, are the biggest and most flaming Cafeteria Catholic of all. You might as well get that shit tattooed on your forehead.

Cafeteria Catholics are also sometimes referred to as “Catholics-in-Name-Only,” or CINOs. And once again, those of us who get called out for being CINOs only ever seem to hear the term in the context of sex- or gender-related issues. Catholics who dissent against Church doctrine in other ways — such as politics, economics, social justice, capital punishment, or military ethics — are given a gigantic pass.

Because it’s the SEX STUFF THAT MATTERS, GOD DAMN IT.

Conservative Catholics get extremely nervous when progressive Catholics start talking about doctrinal reform. But they’re not stupid. They figured out that that quickest and easiest way to avoid bringing these matters to a civilized debate they might actually lose is to quickly jump on a moral high horse and start shrieking about THE SEX. And how Cafeteria Catholics who don’t abide by the Vatican’s policies regarding THE SEX are unorthodox by default and therefore unqualified to weigh in on *any* religious matters whatsoever, sexytimes-related or otherwise.

Basically, they want to drive the point home that we CINOs aren’t “good enough” Catholics. And what’s the best way to make people feel like they’re not good enough? Call them names and press their shame buttons.

It’s juvenile, but it works.

Let’s take a quick look at reality for a moment – there is not one person in this whole god damn world who believes 100% of what their faith or overall moral construct teaches. Why? Because it is simple human nature to question, to assess, to reassess. It is our biological imperative to think, adapt, and evolve. It is the reason we currently sit around staring at 50” HD televisions instead of at a collection of enormous rocks.

And like everything else in life, sexual mores change. They are fluid. As society improves and develops, so must our views about sexuality. Just as we would no longer burn someone alive as part of a witch trial, or torture someone for heresy by lowering them butthole-first onto a Judas cradle, or spend our entire Sabbath day doing nothing but sitting and staring at a dirt wall, we should no longer accept religious tenets based on antiquated views of sexuality and gender.

That shit needs to go the way of the overly restrictive corset.

Rather, I will continue to practice what I call “relevant Catholicism” while I wait patiently for the Church and its doctrine to catch up to modern society. If it doesn’t happen in my lifetime, that’s all right – I’ll go to my grave knowing I stood up for what was practical and real. And if that makes me a Cafeteria Catholic, so be it.

Because I *am* a Catholic. That part I know. Catholicism is the foundation on which I have built my life. It is the place I go for comfort and solace during hard times. It is the platform on which I stand to celebrate my family’s victories and achievements. It is woven into the fabric of my marriage, it is the basis of my approach to parenting, and it is the inspiration behind my views on philanthropy, good works, and service to others. It is the most critical component to my relationship with God.

It is everything to me.

And I’m not going to think of myself as a lesser Catholic just because I don’t go to Mass every Sunday. Or confess before Communion. Or refrain from flicking the bean in the privacy of my own home.

If Cafeteria Catholicism is really a thing, you best believe I’m the head lunch lady.

And proud of it.

Sarah del Rio is a comedy writer whose award-winning humor blog est.1975 brings snark, levity, and perspective to the ladies of Generation X. Despite being a corporate refugee with absolutely no formal training in English, journalism, or writing of any kind, Sarah earns her daily bread as a freelance writer and editor. She has also contributed to several anthologies, including I STILL Just Want to Pee Alone, the latest installment in the national-bestselling I Just Want to Pee Alone series. Sarah contributes regularly to BLUNTMoms and has made frequent appearances on The Huffington Post Best Parenting Tweets of the Week List. She has also been featured on Scary Mommy, In the Powder Room, and the Erma Bombeck Writer's Workshop. You can also follow Sarah on her blog est.1975 and on Facebook and Twitter. 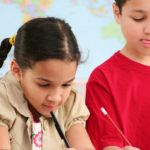 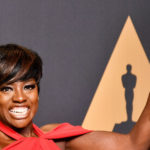