I have had some revelations over the last few weeks.

They have not been pleasant discoveries.

Firstly, my  husband has been in contact with his mistress. Texting and talking. It hurt to find out that he was still speaking to her. But after all, in his words, she is his best friend.

That was harsh. But not as harsh as what happened yesterday.

Yesterday, I was in Wal-Mart and decided to visit Starbucks on my way to my next errand to grab a coffee. For some reason though, as soon as I made that decision, I started to feel anxious. There was no reason to feel that way, at least nothing I could put my finger on. I got in my car and drove into the Starbucks parking lot. An unusual decision on my part. I usually go through the drive thru. But this time I decided to walk in. Upon walking through the doors the first thing I realized that everyone else had decided to do the same thing I had. It was packed. The second thing I realized was that my husband was sitting at a table across from… his mistress.

My anxiety turned into panic. It was like a bad dream. I started to take a few tentative steps towards them, but it felt like everyone in Starbucks turned around to see what I would do. What was I going to do? My first instinct was to walk over, to get in their faces. They had seen me.

I shakily turned around and walked out. My thoughts were racing, my adrenaline was pumping. I wanted to throw up. My husband  had followed me out. He said, “We are just having coffee.” He said something else, but the sound of static had become deafening in my ears. I couldn’t focus on the words coming out of his mouth. I don’t even remember how I responded. I know I said “no” over and over and walked towards my car. I was shaking so badly I really should not have driven, but I quickly put as much space between myself and THEM as I could. I was on autopilot.

I somehow made it to my next destination, did what I had to do. When the cashier asked how I was doing, I nearly blurted out something like, “How am I doing? How do you think I am doing, I just found my husband with his mistress! I am freaking out, that’s how I’m doing!” but it stayed in my head. Thank god.

On my way back home I noticed my husband had sent me a text, saying that he had been meeting his mistress for coffee over the last few weeks, ever since we had discussed separating. I was driving, so I couldn’t respond via text, instead I called him (hands free) and continued to yell all the things I was thinking in the last 20 min. I was yelling and crying and gesturing frantically. I don’t really recall what I said in detail, but I did tell him that he needed to work harder at getting out of my house! I decided to hang up and grab a coffee at ANOTHER coffee place and try to calm down. The kids would be home and I needed to get a grasp on my feelings.

As soon as my kids got off the bus and jumped into my arms, I felt calmer. Like a big dose of reality had just smacked me in the face. I was instantly more relaxed, and had no choice but to keep it together. Even the shaking which had started in Starbucks seemed to just vanish.

It will never cease to amaze me how the mom part of my brain will take over at just the right second. I did what I had been planning all day, took the kids for haircuts and ice cream. When we came home, I fed them dinner and patiently waited for my husband to arrive.

The rest of the night consisted of me going to a friend’s house for a few hours, and coming home to rehash, with my husband, what had happened. Not just that afternoon, but all of it. Our marriage falling apart, my depression, his affair. Everything. It didn’t do us a lick of good, no new information was brought forth, no new revelations were gleaned.

We are still separating. In fact, we have met with a mediator, have our mediation report, and the next stop will be the lawyer’s office where it will become a binding legal document. And we will be separated.

I know, you are probably thinking, “You are separating, he can meet with whoever he wants.” You are right, he can. He obviously has. Nothing has really changed. I didn’t really expect it to. But I did hope. It was false hope. It was “I should know better” hope.  Now I have gone completely in the other direction. There is no hope left.

My name is Kristen Leitch. I am a SAHM, actually let me rephrase that, I am a SINGLE SAHM. I was married for almost 10 years. But am now separated. I am the proud momma of two wonderful kids. They have been the center of my universe since birth. I live with Depression and Anxiety, and have for most of my adult life. I have been Type 1 Diabetic for 33 years. But I refuse to allow those things to dictate who I am as a person. I am determined to create a better life for myself and my kids. I will be attending college in the fall for Social Work.

I began blogging about my marital problems a year ago, and have found it to be so therapeutic. It has also been a wonderful boost to my self confidence. Knowing that I am able to express myself in writing, share my pain, anger and frustration with such a broad audience. The idea that I might share something that someone else can identify with is so gratifying for me. Other than my newly discovered love of writing, I practice yoga, meditation and am an avid knitter. I enjoy, but am not very good at, gardening. You could say I have a black thumb.

I have a wonderful support network of family and friends who I have learned to lean on through this difficult time. Now I am looking forwards to a new and more positive life. I believe in fate, I believe in karma, and I believe in me.

Read more from Kristen on her blog: https://iwillbeknittingbeforelong.wordpress.com 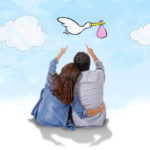 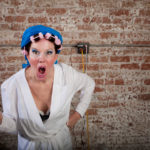