We have all been there: You open up your computer for a mindless social media fix and are sent into a spiral of fiery rage when you realize Old Uncle Al has yet again filled your entire feed with memes and shit news stories pushing his political agenda. Your finger hovers over the “hide” button for a split second before you angrily jab it over and over again, in an attempt to purge every political post from your feed for the rest of eternity.

But it’s not just Uncle Al who is guilty of attempted murder by spamming. Even in his absence, the bounty of political posts on your feed is enough to leave even the most calm of people foaming at the mouth and bashing their head against the computer screen, Cujo-style.

In this state of madness, it is tempting to recklessly race through your friend list and hide, block and un-friend every person who dares share their stupid opinion that doesn’t line up with yours. Ignorance is bliss. Why talk politics when we can talk about what Full House star you are, based off your zodiac? (I’m totes Kimmy Gibbler, by the way.)

But, in light of the current events surrounding the dangerous, hateful, bigoted ideas being promoted by Donald Trump, and his absolutely in-ex-fucking-splicable lead in the GOP race, never has it been so obvious how much influence these people actually have.

These chatter boxes are exercising their very real and beautiful right to free speech. Regardless of whether or not you agree with their message, they are doing the one thing that can potentially make a difference: They are speaking up. And in doing so, they are reminding the rest of us that we too have a voice.

Now I completely understand the desire to keep your mouth shut, and stay out of it. Is speaking up scary? Yes. Does speaking up open you up for criticism? Uh-huh. Can speaking up alienate you and make you feel yucky on the inside because someone wigged out and called you a mean name? You betcha.

But here’s the most important question of all: Is speaking up important? Hell. Yes. Because when you don’t speak up, other people will.

When you opt for the easy road and stay silent on an important issue, like say, Donald Trump vilifying an entire group of people based solely due to their religion, nothing stands in the way of horrible atrocities being committed.

Your silence allows the spread of his nasty hate-filled lies, his fear mongering and misinformation, his bigotry, misogyny and racism. By saying nothing, you allow his message to ring out loud and uncontested from the mouths of people who don’t practice silence or discretion, but do vote. Your lack of participation gives his dangerous dreams a chance to become a reality.

History has shown us doing nothing isn’t being neutral, and ignoring something, like for example, the liquefied lettuce sitting in the bottom of my vegetable crisper, doesn’t make it disappear. It is on us to do something. To say something. To make the change we freaking wish to see in the world. And step one is opening up your damn mouth.

A voice can be both a weapon and a shield. It can unite, divide, protect and destroy. Although I don’t agree with much of what Old Uncle Al and his cronies have to say, I am thankful to them for reminding me that I too have a voice, and it’s high time I use it. 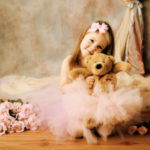 The Crushing Culture of Parental Expectations 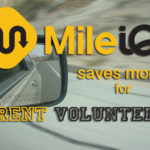 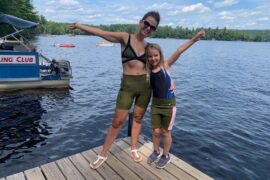 This Female Owned Company Is Empowering Women…With Pockets & Giving Back 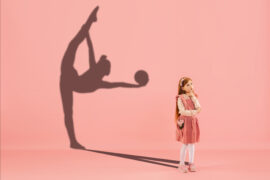 What Simone Biles Taught Me About Children’s Sports