It all started innocently enough with a case of “ouchie booty”. A nagging pain in my daughter’s little girlie parts that suggested a second threadworm invasion or perhaps an apparently common yeast infection. But when six weeks, three doctor visits, several urine analyses and 47 different tubes of cream failed to diagnose or resolve the problem, my husband and I were left to bang our heads against the wall and try and come up with a strategy of what to beg the  doctor for next.

As if six weeks of interrupted nights’ sleep due to ice pack and tylenol requests and panic attacks whenever we have to move more than 3 feet from the bathroom weren’t enough to bring a psychotic parenting episode, we weren’t clear on whether there STILL was a problem. Was she still suffering from throbbing pain down there or was she acting out because she was scared that the potentially resolved problem might come back? The doctors were confused, we were confused,  and you can bet that the mystery girlie parts illness was boggling my little one’s brain.

Sunday night the two of us circled up in the living room for a parental pow-wow to decide whether we should ask for antibiotics (my vote) or a psych consult (his vote). What should have been a simple conversation spiralled down into the dark depths of male misunderstanding and wifely slack-jawed shock. Here’s why:

I discovered that my husband thinks we women pee out of our love tunnels.

I’m going to give you a moment to wrap your head around that statement.

No, wait, I’m not. YOU CANNOT WRAP YOUR HEAD AROUND THAT STATEMENT. Moving on.

My husband, a man with advanced degrees from some of the top universities in the world, clearly snoozed through 6th grade Health class and had no idea whatsoever how the woman parts do their daily business. And if you think he had some questions, let me reassure you that they paled in comparison to my own.

I stood staring at him as ALL of the above questions ran through my head on an endless loop. He stood staring at me convinced that I was the one who was wrong. It was the ultimate showdown in the “Are You Fucking Kidding Me?” corral. A duel to the death fought not with pistols but with awkward explanations, references to where hands go during sexy time and frantic handwaving on my part versus sheer male obstinance on his.

I left him with a recommendation to use the incognito tab to further investigate my claims and high-tailed it off to tell the other BLUNTmoms what had just happened.

I hope you will agree, some stories are just too good to keep to myself. Now for the love of all that is holy, someone please tell me that this has happened to you.

(This post originally ran on The Nomad Mom Diary.) 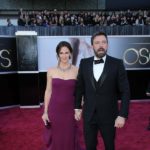 A Letter To Jennifer Garner 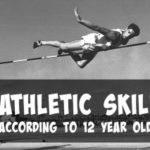 Athletic Skillz According to 12 Year Old Me