As a child of the enlightened generation, I’ve never understood how someone could smoke cigarettes knowing how cell-crushingly awful they are for your body. These days, smokers have become social pariahs–forced into dark alleyways and shadowy streets, shunned by polite society, and detested by the media. I know very few people who still smoke cigarettes, and those that do know how to hide their shame.

Turns out, the public health announcements and ad campaigns warning young people against smoking has had the desired effect: smoking is much less common than it was twenty or thirty years ago. This is great news for lungs everywhere, but a somewhat disturbing development for our fundamentally judgemental society. Who will we ostracize now?

In the name of anthropology, I’ve been on the lookout for the next socially defining taboo, and I think I found it in convenience stores and vending machines across the world: drinking Diet Coke is the new smoking.

How do I know? Well, at the risk of exposing my increasingly distasteful liquid addiction, I drink diet soda. I’ll give you a minute to adjust to your now rapidly sinking opinion of me.

Yes, I missed my chance to jump on the aspartame bandwagon back when it was trendy and now I’ve joined the club only after it has lost momentum and crashed and burned. Aspartame is poison. I might as well be drinking arsenic, or smoking. I’ve heard smokers say that they tried giving up cigarettes, but they gained so much weight that they ended up smoking again to improve their body image. Of course, I thought they were being extraordinarily superficial and shortsighted. Who would choose to defile their body for fashion?

Hang on, I just channeled my grandmother on tattoos and piercings. Woah, that was scary.

I never understood why someone would smoke just to stay thin until I looked at the calorie content in a regular bottle of coke, or juice, or smoothie, or pretty much anything besides water. As a woman in her 30s, I’m allowed approximately 1200-1500 calories per day, and I’ll be damned if I’m going to waste 300 of them on a Coke. I need those calories for other things like lunch or eating the crusts off my kids’ grilled cheese. There’s no way I’m giving those to the dog. His thighs aren’t looking particularly svelte these days either.

Like cigarettes, Diet Coke delivers delicious endorphin-releasing chemicals as well as refreshingly quenching your thirst. I am horribly and embarrassingly addicted to caffeine, and if I don’t ingest enough to fuel a small army every day, my brain will simply refuse to function, eventually melt down and come oozing out my ears. You can’t argue with science.

Recently, I was supposed to be attending a seminar and was running late. Not surprising, given that I hadn’t had a fraction of the caffeine I needed to qualify as human. I could feel the migraine starting, prickling at the back of my head and behind my bloodshot eyes. Things were about to get very ugly if I didn’t feed my raging addiction. On my way to the classroom I passed a vending machine and, seeing as the impulse control center of my brain was still sleeping, bought a Diet Coke and proceeded on to class.

I crashed conspicuously into the room, sat down in the first seat I could find, and blushed my apology to the room for my tardiness. Once the room settled down I took out my pen, paper and my carbonated elixir-of-life. I twisted the cap slowly since I’d been walking quite vigorously to arrive almost on time. The bottle let out a loud, and recognizable hissing sound as it released its pressure. I glanced around the room and noticed about half the faces staring at me with a horrified look on their face, as though I’d just picked my nose…and ate it.

I might as well have lit up a cigarette, right there in the classroom.

Don’t even get me started on what happens if you’re caught drinking Diet Coke while breastfeeding.

I can remember as a small child, dumping my father’s cigarettes into the toilet in a dramatic gesture that I had seen on some after-school television program. I was indignant when he punished me for wasting his money. Dammit, I was saving his life.

I was young, and full of self-righteous confidence. I thought I was saving my father from himself, and maybe I was. Smoking really is terrible for your health, and so is ingesting large amounts of any chemical, like Aspartame. Like the smokers of previous generations, I am fully aware of the risks, but choose to indulge anyway: society’s judgement be damned.

Someday, you might find me huddled in the dark alley, surrounded by puffs of smoke and last night’s garbage, swigging on my bottle of Diet Coke wrapped in a brown paper bag. The smokers and the Diet Coke drinkers will walk hand-in-hand into exile. Passers-by will sneer in my direction, my kids will cry as they dump the last of my soda down the sink, and my husband will smell my breath every night to see if I’ve fallen off the wagon.

I’ll feel dirty, but at least I’ll be thin…and awake. 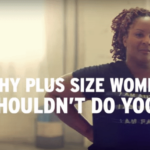 Why Plus Size Women Shouldn’t Do Yoga 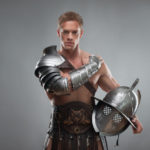