I’ve never been a big believer in New Year’s resolutions. Eat less, eat better, exercise more, work harder, relax more . . . yadda yadda. The onset of a new year has never motivated me to want to make changes in my life. I try to be a decent human year-round and to be kind to myself and others and crap like that. I’m a big believer in karma, although I struggle with that whole “kind to others” thing.

This year, I’m making an exception to my no-resolution rule: I’m going to try really hard to ditch my “bitch voice” when I’m speaking to my husband. I could be super ambitious and say I’m going to ditch (or at least limit) my bitch voice altogether . . . but nah. Baby steps, people.

All women have a bitch voice . . . it might be lying dormant, but if you have a vagina, you possess the ability to make “sit down and relax, sweet cheeks . . . I’ll get you a beer” sound like “shrivel up and die, evil troll.” You might not know you have this skill, but if the right conditions present themselves, all of us girls have a bitch voice.

My husband and I have been together for eight years, plenty long enough to drop the “best behavior” act. It is human nature to let the people who know us best see us at our worst, so daily interaction with my husband is pretty much unfiltered. If I’m annoyed with him (or just annoyed, period) I’m pretty quick to let that annoyance creep in to my tone of voice. Because my husband has to love me, right? You know, that whole for richer for poorer, in bitchiness and in health . . . wait, that wasn’t in your wedding vows?

I don’t use my bitch voice at work. It shows a lack of control and professionalism, and if I peppered my conversations with my boss with snarky sarcasm, well, that might end badly. Ditto in dealing with store clerks, waiters, the receptionist at the doctor’s office and anyone else I come in casual contact with. While sometimes keeping a civil tone is a challenge, I usually get more mileage out of being polite.

So why am I so quick to use my bitch voice with my husband, who is a good guy who generally tries to make my life easier and doesn’t give me much cause to complain?

It doesn’t really matter what I say if I say it using my bitch voice. It all sounds like “you’re a dumbass and I can’t believe I’m even talking to you.” Sometimes my bitch voice takes over on its own. Evil voices in my head and all. Sometimes my stress or frustration over life’s little annoyances – traffic, pet hair, cable outage, people who confuse leggings with pants – seep in to my voice and I find myself taking things out on my husband that really have nothing to do with him.

Sometimes I use my bitch voice on purpose, like when I tell him it’s totally fine for him to be surfing the web for new flux capacitors (or whatever the hell he does) while I get the kids ready for bed, when that’s really not fine with me at all. I freely admit that sometimes, using my bitch voice is a total passive-aggressive move.

Although I use the excuse that sometimes I just can’t help myself, I think my tone of voice is something within my control. I can think of a slew of reasons to ditch the bitch voice but I can’t really come up with one good one to keep on using it as liberally as I have been. So, I break my no-resolution rule and we’ll see how it all plays out.

Yes, my husband annoys the crap out of me almost daily. I give him the benefit of the doubt and say his annoying habits are usually not intentional, and as much as I loathe to admit it, there are probably a couple of things about me that aren’t peachy perfect, either. But just a couple. Ahem.

My marriage isn’t going to go in the crapper if I don’t ditch my bitch voice. I’m not sure if hearing other people’s ambitious New Year’s resolutions has caused me to jump on the self-improvement bandwagon, or wanting to make this change at the end of the year is just coincidence. I’m not even all that confident I’ll be successful. Despite all my good intentions, my bitch voice will probably resurface around the third week in January . . . or sooner if my husband forgets to put the toilet seat down, or something equally heinous.

Until then, I’ll give it my best shot. 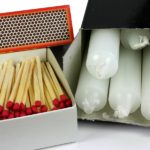 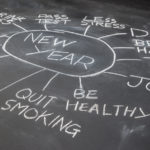