We can’t even divorce “normally.” And by normal, I mean actually get divorced, sign papers, move away from each other’s presence.

No, we have to be different. Not because we think we can divorce better than anyone else, or want to start a super cool trend. Oh, no.

In fact we know how hard it is to be the weird ones, the tree huggers, the go againsters. It’s horrible. Because the status quo is acceptable. It’s never questioned. Or given funny looks.

So when we came to the extremely difficult decision that our marriage was indeed over there was something missing. The hate, the anger, resentment and revenge. Not there.

Weren’t we supposed to be mad at each other? Wasn’t I supposed to smash things? Against his head? I’m not saying things weren’t thrown, but it was short lived.

The opposite was happening. We for the first, in a long time, were loving one another. We had held on to our hurt, and pain of being married in order to protect each other. Neither of us wanted to say how badly we needed out, but when we did the sun literally hit our faces.

Loving him, meant letting him go. But not far enough that he gets out of doing my dishes.

Yes, we are separated, by bedrooms. But we live in the same house. And we aren’t hanging around until lawyers set us free. We are choosing to be together, but apart. Because our kids. Our marriage failed, but it doesn’t mean we have to live away from each other. If it was better for us to be physically separated, we would.

For now, we work each day to be good to each other. We are learning to love each other in a totally different way: as parents to our kids. As human beings on this earth, who have shared many intimate moments.

Mostly, we are spending alone time healing our selves. We can finally use all the energy that was focused on fixing a sinking ship and direct it to the captains. I have learned that he isn’t in charge of my happiness. I am. And I won’t be happy with simply letting a new man in my life. I have to find it on my own.

Seeing him in a new light is really nice, I actually like him more. Not enough to ever be his wife again, but his partner in parenting yes. His friend, always.

And of course the most pressing question everyone has, is what about other people. Like, as in dating others.

As far as I know, I’m allowed to date. He is not. If I’m wrong about that, he can write his own blog.

Seriously, it is a bridge we will cross. I know that. It’s too soon to expect either of us to know the outcome of that. But like everything else, we will do our best to be kind to each other and ourselves.

Kate is a mom of three who is separated from her husband. And by separated, they live in the same house, but different bedrooms. And by bedrooms she means he lives on a pull out couch in the basement while she scored the King Size and Master. Hey, she birthed three huge kids, and needs to stretch. Kate writes about their journey and goal of living in harmony, together as a family. Sure, it's not the norm and maybe even a little granola, but it works for them. And it might work for you too. 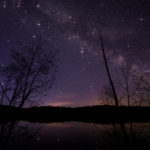 Disconnect from Your Devices–Not Life! 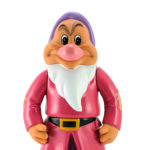 Me and My Seven Regrettable Disney Dwarf-Asses