I was given three daughters because I was an emotional teenager full of angst and the powers that be has one hell of a sense of humor. Last Halloween the girls chose their costumes and surprise! they wanted to be princesses. Would I have been thrilled to have been leading a tiny army of Ruth Bader Ginsburg’s through the neighborhood demanding candy and the end of gender discrimination, sure I look great in a statement necklace. But I believe in a women’s right to choose, even when it’s her Halloween costume.

From the second we found out the sea monkeys on the sonogram were girls, we get bombarded by an obscene amount of fluffy, pink shit. Voices get higher pitched and my sacred uterus gets treated more delicately. People start using words like “gingerly”. That actually isn’t what bothers me though. I don’t mind pink and its femininity.

Here is what it is.

Please stop referring to my daughters as little princesses. I am not a queen, and absolutely no one needs rescuing. There is an undercurrent of entitlement that goes hand-in-hand with this term. Where sassiness and privilege gets waved off with a gloved-hand and it’s oh so cute.

I know some parents go so far as to not buy into all-things Disney, for their gender role biases where girls cannot play the hero. I can see that. But options like Calliou or Dora the Explorer make me feel like I’m simultaneously bleeding from the eyes and ears. Plus, I come from the school of, exposure is not the problem—it’s when we neglect to communicate with our kids, problems arise. I tested this theory with my oldest daughter, who is 6, just today.

“Because they are pretty.”

“Any other reason besides how they look?”

“Because they have princes.”

This is a confusing time as a woman—sure we got the vote, we just shouldn’t be president. We can band together in the #MeToo movement, we just won’t always be believed. While raising little women, they can use their imagination and the princess can be a role they play, like a cat or Spider-Man. But if we must resort to name-calling, I prefer to call them capable.

Jessica is a freelance writer and blogger, living in Davis, California with her husband and 3 daughters. As a sober Mom, her quarantine pastimes include online shopping for all things athleisure and managing her 1st graders virtual learning Zoom calls. When she’s not making chicken nuggets for her small humans, she’s riding her Peloton, while simultaneously eating dessert that’s simply too delicious to share. 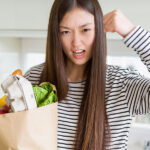 I am Breaking Up With You Trader Joe’s 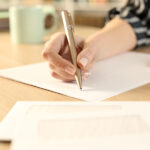