I’m not scared of aliens. I’m terrified. On the most beautiful 70-degree evenings, as crickets sing their white-noise lullaby and everyone in the suburbs pushes open their windows for the night, I lock the window bolts and turn on the air conditioner. I know it’s stupid, because, as my husband Captain Obvious correctly points out, “Is it likely that a civilization that has the technology to travel light-years through space is going to be stopped by… a piece of glass?”

But I can’t help myself! I have nightmares about aliens on a regular basis, even more so ever since I saw the movie Signs with Mel Gibson. There’s this scene in the movie where they’re about to confront the alien, but then he sneaks up behind them and you can see his horrifying reflection in the TV. Oh God I just gave myself goose-bumps. I gotta go get a blankie.

In my alien themed nightmares, I try to hide. I run from house to house, sometimes finding secret underground passageways to help me escape. Occasionally, I get to kill one of the slimy, big-headed beasts. I’ve broken alien necks in my dreams. But ultimately, their technology is so vastly superior to ours that attempting to fight them is comparable to a lab rat trying to muscle off an incoming syringe. In every dream, the aliens eventually catch me. They take me from my family and poke me with probes in an effort to learn more about our species. They don’t bother to sedate or anesthetize me in any way, because why would they? To them, I’m nothing but a lab rat.

Logically, I understand the improbability of alien life even getting to our planet. Of course I’ve heard the mathematical statistics that say the likelihood of intelligent life other than ours in the universe is basically a statistical certainty, but when you consider the physics of traveling from one solar system (or galaxy) to another, the odds of alien life visiting Earth are next to nil. I mean, I haven’t done the actual math, but here’s my method of thinking about it:

Okay, here goes: The nearest star to our sun, Proxima Centauri, is over four light-years away. (Thanks, Google!) LIGHT YEARS, you guys. Just in case you’re a below-average student, or it’s been a long time since you finished school and you can’t remember, or you only watch MTV and HGTV and never the Discovery Channel: A light year is the distance light travels in one year.

Since Proxima Centauri is over four light years away, that means it takes over four years for her light to reach us. You know how fast light travels, right? It travels so fast that, according to Einstein, if you could travel faster than the speed of light, you would travel yourself right back into the past. A light year, which is a measure of distance, and not time as the name implies, is the distance light travels in one year, or about 6.9 trillion miles. In case you forgot, a trillion has twelve zeroes. TWELVE.

So Proxima, the nearest star to our solar system, is about 27.6 trillion miles from our sun (yes, I used my calculator). Let’s compare the speed of light with our current speed capabilities here on Earth: our space shuttle orbits Earth at 18,000 miles per hour. That’s wayyyyy too slow for intergalactic travel, so let’s fast-forward our technology and say we can quadruple that speed to 72,000 miles per hour. Traveling at that speed, a rocket-ship could make it from Proxima to Earth in 383,333,333 hours (I divided 27.6 trillion by 72,000 mph), which equates to 15,972,222 days (I divided by 24, for the number of hours in a day), or 43,759 years (I divided by 365, the number of days in a year).

So for a rocket-ship traveling 72,000 mph, the trip would take over 43,000 years. And this is the nearest star to our solar system! By the way, Proxima Centauri has already been proven to not have any orbiting planets, much less a planet in the ‘habitable zone.’

What this means is that even if a super-duper-advanced civilization was living on an unknown planet orbiting around Proxima Centauri, they would have to have a life span of at least 43,759 years in order to visit Earth (assuming they had rocket ships that traveled four times faster than the speed at which humans are currently capable of traveling). Isn’t that ridiculous? I can’t seriously be the first one to do this math.

My husband always watches alien shows even though he knows I’m terrified of aliens (he’s antagonistic like that), and I keep trying to explain this math to him. He says things like, well, they could travel through a worm hole, or they could cryogenically freeze themselves and wake up when they arrive. To which I reply, physics says we would be crushed if we travelled through a worm hole, should such a thing even exist (or if we traveled at the speed of light, for that matter – the laws of physics don’t support anything with substantial matter traveling even close to those speeds – DUHHH).

And where would aliens get the energy to keep themselves frozen for thousands of years while they catapulted themselves through the galaxy, and who would trust a forty-thousand-year-old alarm clock to go off? What if there was a malfunction and they ended up as space-popsicles? Aliens could figure it out, says my husband.

But where would the energy come from to keep them frozen and power the ship? It would come from some undiscovered element that is full of more energy than humans can fathom. But… you know there are only so many combinations of atoms, right? The Periodic Table of Elements is kind of a finite thing. Didn’t you take high school chemistry, husband? You can’t squish new elements in there. It is what it is. You can’t ‘discover’ a new element. Sure, scientists have managed to generate some new elements very high on the Periodic Table, but they’re so unstable that they only exist for a fraction of a second.

But the aliens are so much smarter than us, right? They could figure out the whole traversing-deep-space thing. Humans can’t even begin to imagine the technologies that the aliens take for granted, blah blah blah. Says my husband. But math doesn’t lie. I don’t accept even the most advanced civilizations having lifespans of tens of thousands of years and shattering the laws of physics.

By God, I think I just cured myself! I’m feeling a lot better! Maybe I’ve finally vanquished this needless terror once and for all. Hurray for science (and calculators) for helping a girl get over her idiotic, crushing fear of aliens! I love science. Maybe I’ll even start sleeping with my windows open!

What if my husband’s right? They could be out there… who am I, with my little laptop calculator, to think I know better than an alien civilization so advanced it can travel through time, freeze itself, and create new elements? A civilization that advanced would look at humans like creepy-crawly little bugs. They would crush us, poison us with their merciless alien version of insecticide. They might be out there at this very moment… watching.

Screw that, I am NEVER sleeping with my windows open! And the camping trip is off. 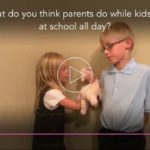 One Day: The New Way to Capture Memories 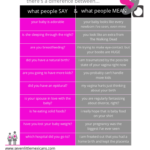