Amidst the myriad of positive press generated by the #metoo movement, I ran across a blog post by a bozo named Brad Harrub. Sorry, it’s actually Dr. Brad Harrub, PhD. He seems like the kind of guy who would get all pissy if I didn’t get all the appropriate letters before and after his name.

As solid proof that education does not indeed dispense common sense, the good doctor penned this piece titled, “No, I Don’t Want an Empowered Daughter.”

Harrub contends that somehow an empowered woman is at odds with Christianity. He even dishes some handy Bible quotes to bolster his ridiculous claim.

Guess what Brad? (If I may call you that)  I’ve got a Bible too and I’m not afraid to use it.

Proverbs 12:1 The person who loves correction loves knowledge, but anyone who hates a rebuke is stupid.

I am going to assume you are not stupid, Brad, just misinformed. As a Christian woman myself, I take great offense to your assertion that I cannot serve both myself and God.  That somehow by having a “strong voice” I am turning my back on my faith.  In fact, Brad, the opposite is true. I am best serving the Lord when I am being true to myself.

The premise of your writings seems to be that empowerment is rooted in hatred. But let me be clear: Women do not hate men; rather women are no longer willing to let men belittle their abilities and contributions.

After all, women’s gifts are bestowed by God.  Females are blessed with brain power, artistic abilities, leadership qualities, athleticism and ambition. Am I a better Christian by denying these traits and instead choosing to be subservient to a man possessing similar strengths? I’m calling B.S. and the Bible’s got my back, encouraging the sharing of these individual gifts:

Matthew 5:14-16 “You are the light of [Christ to] the world. A city set on a hill cannot be hidden; nor does anyone light a lamp and put it under a basket, but on a lampstand, and it gives light to all who are in the house.  Let your light shine before men in such a way that they may see your good deeds..’

Your blog also details the role of a woman in the home, insinuating that a wife is beneath her husband. Frankly, I had to read that part twice as my brain could not absorb the lunacy of the words.

Words like, “It teaches my daughter to question the authority of her husband” not only make me angry but sad for those who are force-fed this outdated lifestyle from birth. When two people take the same vows in the same Church, how can one of those people come away with more power?

Even the Pope, the authority on all things non-secular, promotes equal footing in a marriage. The Vatican has a message for you Brad; the 1950’s called and wants its’ Christian ideology back.

In his “Amoris Laetitia,” Pope Francis embraces the shift from traditional familial roles stating, “masculinity and femininity are not rigid categories” (No. 286). Women have the capacity for leadership, and men have to take on tasks in the family in order to “accommodate the wife’s work schedule.”

When the Pope is hipper than you are, it’s time to reevaluate.

Was Rosa Parks not acting Godly when she sat on that bus? Was Mother Teresa not empowered to take on a world of hatred to tend to the poor?  Should Marie Curie have been in the kitchen cooking up something in a pan instead of a Bunsen Burner?

True empowerment does not take away from someone else; it simply elevates the possibilities existing within.  Why limit your daughter’s possibilities?  To attempt to do so in the name of religion is reprehensible. Being a Christian wife and an enlightened woman are not mutually exclusive.

Fortunately for your daughter, God already empowered her.

He gave her free will. 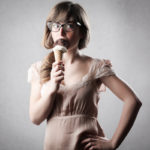 Sometimes I Encourage My Child Not To Do Her Best: Setting Boundaries For Your OCD Overachiever 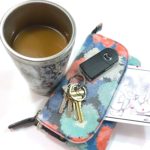 Too Busy To Get Busy