Are you sitting down? Because there were recently some startling revelations in the Ashley Madison debacle. I warn you this is crazy stuff.

I’m serious, you should sit down.

1. More men had accounts than women.

Let me tell you something that might shock you. Men want sex more than women. You can even Google it, it’s a fact. Better yet, just ask any man within a twenty-foot range. After they look at you from head to boobs, see if they can even answer. Men think more, seek more and have more sex (sometimes with themselves) than women. Are you still surprised there were more men on the site?

2. Some of the female accounts were men looking for other men.

If you were a dude interested in dudes, where could you go that was anonymous, free for you to browse and contact millions of men, and possibly get 10% of the closeted males who don’t want to be discovered to set up a meet and greet? Not your local coffee shop.

3. Prostitutes were using their system to find clients.

If you wanted to find men interested in having sex with random strangers with no connection or exchange of numbers and Instagram accounts required, Ashley Madison is your jam. I bet those harlots made out like bandits.

4. Women did not interact on the site the same way the men did.

What? Women behaved differently than men? Groundbreaking! I’m glad you were sitting. Let’s break this down.

If a woman gets 6 ‘pokes’ from random guys who don’t bother to even ask who she is or if she likes long walks on the beach, she will stop looking at messages. I would talk to the Ashley Madison marketing and development team too. Women don’t like to be poked. Maybe pricked would have been a better word choice.

Guess what women like to do while browsing for men? Collect a selection of guys who they can choose from and compare, not unlike handbag shopping. Guess what women don’t like to do? Talk to random guys who are just going to awkwardly try and seduce them with the same lines they used to pick up their wife 23 years ago. Maybe that is why the women didn’t use the chat feature. Because, men.

5. There were no credit card numbers attached to female accounts.

The dating industry is really the last bastion in the fight for feminism and nobody is fighting to change it. Women will not attend the party unless someone else picks up the tab. If you want women on your site, you have to make it attractive. The first way is to make them feel wanted. Having 6 men to every woman does that. Everyone gets picked up if they want, not just the tall brunette with the thigh high boots and that raspy laugh who ignores every advance making her more attractive. So, don’t make the women pay. They don’t like to do that. They will pay in a bar or on your date if they feel you are worth it, but they are not going to pay to talk to a stranger. Their tuna taco is the bait and the biggest fish gets to take it home.

6. There were fake accounts all over their system, most of them female.

If Ashley Madison was trying to pad their numbers to increase the female accounts by developing robot accounts, they did a piss-poor job. 26 million men to 5.5 million women is not really padding. I agree that 9,000 female robot accounts is a lot, but not really when you spread yourself around the world. Maybe its just that female robots are even better at faking it than their male counterparts.

7. The site didn’t really delete their subscribers’ info even though they paid for the service.

This is what started the whole thing. If Ashley Madison had deleted the names as they were paid to do, the hackers claim they would not have published the list. Blackmail? Does Ashley Madison get to win on this? They have offered a $500,000 reward for information leading to arrest of the hackers. I’m guessing only the men will pay.

We all knew he couldn’t do one of anything, but this confirms it.

If we have learned anything from the Ashley Madison debacle it is this: If you want to cheat on your significant other, for God’s sake get a Gmail account, you moron! If you used your real name and email, enjoy your uncomfortable conversation at home.

Do yourself a favour – pack your bags before she gets home and hide the knives. 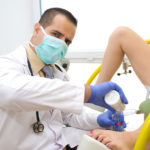 Crazy Shit That Should Make You Run to your Gyno 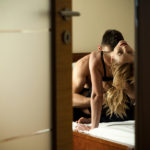 The Women of Ashley Madison