Some people have those warm and fuzzy pregnancy memories: like that day they got that long-awaited positive test result or memories of how their spouses hand tightened around their own when they heard the “whoosh, whoosh” of baby’s heartbeat for the first time. I have memories like that too.

But there is one memory I wish I could forget. Truly forget.

It was about 5 p.m. on a Tuesday. I was cooking dinner for company, and watching the sunset, when something went wrong. I rushed to the bathroom.

I was 20 weeks pregnant but the pressure “down south” was building. Sure it was constipation, a “side effect” of being pregnant, I pushed. I pushed until I was red in the face and tears were forming in the corner of my eyes (no shit!).

But the bowl remained empty.

I reached my hand back and felt something hard. I froze. Was that my asshole or my vagina? With the skin taut and the taint thinner than a piece of twice-used tissue paper, that was a legitimate fucking question.

I hobbled from the bathroom like an 80-year-old woman on her way to big game bingo, except I was pants-less and something was protruding from my nethers. As I waddled into the living room and past the open window, desperate to find my phone, the tears started. Nothing leaky or insignificant; no, I was crying big, fat ugly tears with a rock turd pushing my asshole out. I eventually located my phone, though I don’t recall where, and made my way back toward the toilet. I managed to compose myself long enough to type, with one hand, two little words — two little words and one awful incident that changed my life forever — “impacted stool.”

For those unacquainted, stool or fecal impaction is when a solid, immobile wad of shit gets lodged in your rectum. It is hard, and I mean rock-freakin-hard (I seriously could have shattered someone’s skull with it but, thankfully for my husband — on his way home — and those in my building, it wasn’t going anywhere.)

Once you get to the half-in, half-out stage you either have to have a doctor remove it or remove it yourself. In that narrow, dimly lit bathroom on the top floor of a four-floor walk-up it hit me: oh God. Oh God no.  I was going to have manually remove this oversized, underhydrated mass – with my own hands.

Instead of diving right in (for some reason I wasn’t gung-ho about jamming my fingers in my bunghole), I spent the next 30 minutes sweating and straining and trying every trick I could to coax the constipated lump out. I repositioned my ass. I stood and squatted, which womanhood and Hooter’s restrooms had more than prepared me for. I even placed one of my legs on top of the porcelain tub beside me in some strange anusara-like yoga position. (Ha, anus.)

When all else failed I began praying, and I don’t even believe in God. Desperate times call for desperate measures I suppose.

Defeated, I reached my right arm back and placed my fingers at the overstretched entrance to my anus. I could feel the baseball-sized bastard who was screwing up my dinner plans and my perception of myself — because, I assure you, once you cross this line there is no going back.

I began the task of disimpaction, one small index and middle finger full scoop at a time.

To say it was the most disgusting thing I have ever done would be an understatement (and maybe not entirely true). The odour was toxic and the shit itself was the consistency of brownie batter. Not good batter either, the type that needs a touch more oil and a hell of a lot more water. Fuck, fuck, fuck. I don’t want to do this. I can’t do this. Why am I doing this?

Nearly one hour, two rolls of toilet paper, and an entire bottle of lavender Softsoap later, I was done.

I still wonder why nobody warned me this was a part of the pregnancy process, why nobody told me the so-called mommy-to-be glow is actually caused by shit sweats and not innate sexiness.

So a bit of advice: Stock up on Colace and Hanes Her Way’s now because, while pregnancy may be beautiful, everybody poops except pregnant women.

Kimberly Zapata is the creator and voice behind Sunshine Spoils Milk, a blog dedicated to mental health and mommyhood. Her work has appeared on HuffPost, Scary Mommy, Mamalode, Bonbon Break, and APIARY. When Kimberly is not working, writing, or keeping her daughter’s fingers out of light sockets, she can be found on Facebook and Twitter. 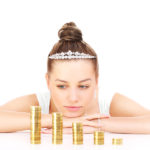 It’s My Wedding, I Can DINK if I Want To 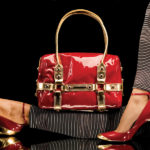 Why My Michael Kors Tote Hates Me