Of course I found this news out while scrolling through my Facebook feed.  Soon after, the “concerned” statuses went up. The one’s where people tell their “friends” to reach out if they need them. I rolled my eyes at some of the statuses. Not because of the message, but because of who they were coming from. People aren’t consistent. It’s not enough to just post it on a status, but you have to show up for these people when they need you.

People will like your statuses all day. They will even comment and tell you how much they miss you. However, that’s as far as a lot of these relationships go. You are Facebook friends.

After I had my son I had postpartum depression.

I will be completely honest. It took me a little while to recognize it for what it was. So there was a moment where I didn’t ask for any help. However once I did, I realized I needed to talk to “friends.”  At the time most of my “friends” were women I worked with at the airline who also were married with kids.  I started noticing whenever I called/texted, nobody would respond. Initially I was hurt. Then I came to the realization that I was the “convenience friend.” That’s what you become when a “friend” only wants to see or communicate with you in a certain environment, such as at school or work, but never outside of that environment to just hang out. You know every time you see them they say “we should hang out sometime!” Then you never follow through. As a matter of fact once I stopped working at the airline I noticed I didn’t really talk to anyone anymore. We were just “work friends.”

Every time something of this nature happens, the first thing people say is “I just talked to them. They seemed okay.” Did they? Or were you just not paying attention to the signs?

I’m not exactly sure when it happened, but I decided to be a better friend to those I care about. I wanted to be for them what I had been looking for from other people. To REALLY talk. Not just small talk. I know sometimes we tend to not mention what we are really going through for fear of judgment. There is such a stigma attached to mental health, nobody wants to be labeled the crazy person. We need to let our friends know, it’s OKAY. There is nothing wrong with seeking professional help.

If your friend is actually brave enough to confide in you, listen. Actively listen. If you notice some time has gone by and you haven’t talked to them. Check on your friend.

Kisha Gulley is a proud Afro-latina living in Dallas. She’s a former flight attendant, but her new roles are as a pilot wife and sahm to a rambunctious boy! Initially her blog was started as a way for her to share her experiences as a new mom and wife. It’s slowly evolved to include her personal experiences as an Afro-Latina as well. She is probably the only mom who doesn’t do arts and crafts, and prefers champagne over coffee. You can usually find her lurking on social media at www.twitter.com/KishaGulley, www.Facebook.com/thekishaproject, www.Instagram.com/panamakish. http://TheKishaProject.com 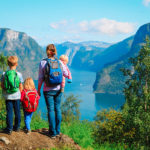 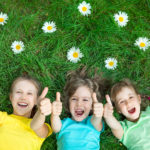