Science. All hail the mighty doctors, scientists and researchers, and every finding they ever had. Are these folks useful, necessary and amazing? Yes, without a doubt, but some of the crap they come up with can take a flying leap into a steamy pile of bullshit. I wonder what agenda are they pushing, who’s paying their bills and when their current findings will be debunked by the next rock star of science.

We gobble up the latest scientific findings as THE ALMIGHTY TRUTH with little regard to the history of science. True, we have cutting edge science and medicine here in the fabulous year of 2015, but I’m betting that the good people of the 1940s thought they were pretty badass too. What will the scientists and doctors of 2080 think of the great minds of our time? I’m betting they’ll scoff at our archaic ways. What dummies.

Before you get your panties in a bunch, let me preface this story by saying I’m grateful for Western Medicine. It has saved my life and the lives of so many others. It has healed and prevented many ailments. But does it fall short? Fuck yes, it does.

Two words: Gluten Sensitivity. Once an accepted condition has recently been debunked by Peter Gibson, the very same doctor whose 2011 study originally gave the condition credibility. His most recent study produced evidence that gluten sensitivity is not actually a real medical condition and man, the media went wild; the gluten free haters were vindicated and wagged their condescending fingers with righteous fury.

This Peter fellow may have science, but guess fucking what? I have a body and so do the bazillion others who feel like shit when they eat gluten. What can science say about that? It’s in my head? No asshole, it’s in my joints. You know where else it is? It’s in my 5 year old’s gut and her skin. Before I took her off gluten 2 years ago, she looked like a goddamn pot belly pig. A cute little child who was 5 months pregnant with itchy patches of bleeding rash.

My child eats gluten on occasion without symptoms, so I let her sample some dreamy nectar of the gods every so often. This past March, figuring it wouldn’t be a big deal, I let her eat gluten on our 5 day trip to Florida. Why? Because it’s fucking hard to keep a small, stubborn child gluten free in an uncontrolled environment and frankly, I grew tired of hearing her bitch about grilled chicken every time we ate out, so mac ‘n cheese it is, muthaa fuckaa.

By day three of our trip, I noticed a change in our twice daily trips to the pool. She began to float like a cork, unable to penetrate the water’s surface to retrieve dive sticks. She began to fart with the frequency and ferocity of a full grown gassy man. Her sleep was disturbed, she was cranky as fuck but most disturbingly, her eczema returned with a vengeance. It had been at bay since removing the gluten from her diet two years prior, and so returned the steroid cream and Benadryl.

How many other non-celiac people are gluten free? My unprofessional opinion says, it’s a fuck ton. The Internets say that many of the celiac folks are mad as hell that us fakers, us gluten sensitives are ruining their ability to dine out. Restaurants claim they have gluten free fare, but is it cross-contaminated with wheat? Will it cause someone’s eyebrows to fall out, massive vomiting or worse? I don’t know, and it’s not my fault. I care about the wellbeing of my fellows, but point your finger elsewhere; blame the vile restaurants that care not for your health but bow to the mighty dolla’-dolla’ bill, y’all.

And to the scoffers and the haters of gluten free people – fuck you guys. I’m 39, living in the body of an 80 year old granny. I miss running, I miss jumping, I miss holding my iPad up like a book. My knees, wrists, hips would be flipping a middle finger if they had one. The naysayers who think this is a fad… my body and the body of my child are the only proof I need to know that gluten can suck a big fat one.

But the science, the study! What about the proof?

If you think I’m going to let one doctor alter my reality, you’ve lost your mind. I haven’t had coffee in 3 years because it gives me a throbbing headache. I haven’t had a drink in 15 years because it ruins my life. I’ll be dammed if I’m going to eat gluten just because science says it’s ok. Fuck science. I’ve been conducting my own little study over the years and the results are in. I have gluten sensitivity and should you feel the need to mock me, I say, keep your opinions to yourself and go stuff your face with a big doughy bagel.

Jill is a seeker, writer and blurter of truth. She is a top-notch Vagina Evangelist, wife to a hoarder of camping gear and mother to 2 girls, 2 dogs and a cat who's been perilously close to death for several years now. From wildly comedic to tear-dripping serious, you can find her stories on her blog, Totally Inappropriate Mom, where her 'life-uncensored' philosophy, naughty humor and general inappropriateness run the show. 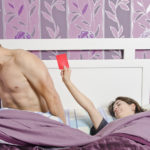 Pennies From Heaven – 7 Rules of a One Night Stand 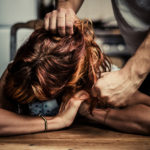