“I can’t tell my parents, as they would DEFINITELY not understand. I don’t know what to do,” the teenager commented on my blog post. A minute later, “Also, that’s not my real name. I don’t want my parents seeing this though.”

This teenager is not pregnant. She’s not trying to hide drug abuse or an unfortunate tattoo.

For her younger sister.

And she’s not the only one.

Yeah, I get it. Teenagers are hard. They can get an absurd amount of satisfaction from rolling their eyes, suddenly think they know everything, and seem to believe the world revolves around their schedule.

But it’s not that these kids gleefully wake up one day and in a dastardly turn of events declare, “Today is the day I make my parents’ life miserable.”

They are just trying to survive the tenth grade. They’re trying to figure out who they are in a world that judges with a click.

Those brain impulses and hormonal changes that push many teens away from parents and toward peers are probably evolutionary gifts actually. Honestly, how many would logically choose to give up free rent, free food, and the security of doting parents without those biological nudges toward mating and independence?

It’s not teenagers’ fault that their melatonin levels flow in a different cycle from other stages of life. Yes, they really are that sleepy at noon.

But these older siblings who reach out to me, a stranger, trying to juggle the ball their parents have dropped, are teenagers.

The ones spending a weekend cleaning up after hurricanes tear through towns…teenagers. That kid who embraces the new kid in town for no other reason than to be nice…teenager.

So I get that it’s refreshing to commiserate with other parents about the woes of teenagehood. And the snarky memes are hilarious. But at the end of that crappy day or week or month, I hope we’re showing these teens more empathy than social media might depict.

Because we have far too many teens that are hurting. They’re hurting to the point of devastating realities.

That is not any parent’s fault, but maybe we could do better as a society. Maybe we could help these kids see their wrestle with emotions is part of the process. Perhaps instead of calling them lazy, weird, or maddening, we could go out of our way to show a little more compassion.

It seems to me that the ones who are struggling with rampant acne and crushes, tackling overwhelming responsibilities, and even fighting depression, aren’t begging us to remind them how irrational “teenagers” are.

They need us to connect with them, even when they don’t act like it. Maybe we can listen a little more and lecture a little less. We can affirm their jolty steps toward independence and their ability to make hard choices. They need us to acknowledge the good because it’s just as real as the strain.

That teenage son who is ignoring curfew is a really sweet older brother. That teenage daughter who can’t be bothered with cleaning her room has a soft spot for the elderly. Let’s notice the good, and then make sure that they know that we know.

We can have compassion for the parent who is dealing with the very real dichotomy of teaching loving boundaries while affording greater independence. Let’s not judge the parents handling the complexity of encouraging kindness while understanding the ginormous emotions raging through adolescent brains.

And simultaneously, we can have compassion for the adolescent who is “causing” all that tension.

So go hug a teenager.

And if it’s not your kid, even better. Because chances are that behind that worried or lost teenager is a mother who is losing sleep because she’s trying so hard, who really WOULD understand, who is being compassionate, and doing all the right things, but just can’t seem to connect. And that mother will love you for loving on her difficult teen.

So go hug a teenager, and then go hug that teenager’s mother.

Marielle Melling is the founder of Lovin’ Life with Littles and author of Peace amidst the Mayhem. After eight moves around the US and overseas, Marielle, her husband, and their five incredible kiddos are living in rural Oregon. You can find Marielle attempting to simplify parenting life on Facebook and Instagram. 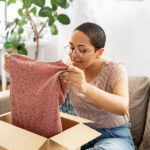 I Broke Up With My Box Clothing Subscription 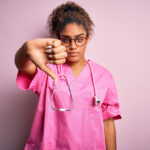