Adidas has announced it will help high schools across the nation rid themselves of offensive Native American mascots.

Listen, I don’t want to say this isn’t a wonderful move. It is, and one that is long overdue. I am more than happy to get in line and applaud Adidas. Helping more than 2000 schools will cost them a pretty penny and it is a fine ideal, one that will likely more than repay itself with the positive PR. But really people, are sports team mascots really the biggest problems Native Americans have these days?

I call Bullshit.  I may be relatively ill-informed on the subject, but I can say with some certainty is that our priorities are completely screwed up when it comes to the original Americans.

In 2011. I was invited to visit the Navajo Nation thanks to prototype project I was working on developing flexible portable solar cells that could function as a bag during the day and generate light or phones or flashlight batteries at night.

As part of that project, I saw first hand the appalling conditions people were left to live in. No running water, no access to electricity, elderly men and women making their way to outhouses in the dark, often to save money on kerosene, a lighting oil usually associated with rural areas in the developing world not in the United States.

I had the honor of meeting Clay Bigman, a 96-year old World War II veteran. Clay was lucky. His house was one of the nicest I saw. But I was astounded that a man who risked his life for his country was not deemed worth of having access to power despite living 1,500 feet from a power line.

Others were in much more destitute surrounds. One 82 year old grandmother, Suzie, was taking care of her young grandson alone in a house filled with light switches to nowhere. But the story that brought me to my knees was that of Pat Boone, an elderly sheep herder, he lived in a decrepit shanti-town like house. He lived alone, barely scrounging by, and yet also bore the responsible of his wheelchair-bound sister. He could barely  afford the kerosene he needed.

It didn’t take long to realize that our project was a terrible substitute for what these people truly needed. I was thanked and hugged by people for coming in and caring. They hoped that we would not come in for curiosity’s sake and then leave again.  They trusted that we would try and find them a solution.

I was overwhelmed by the folks I met; their sincerity, their struggles, their work ethic and sense of abandonment blew me away. I couldn’t grasp the level of poverty I was witnessing. How were we letting our people live like this?

I vowed I wouldn’t forget them, despite knowing as I left that my project’s funding likely wouldn’t last given its mediocre outcomes. I told myself I would send them decent flashlights at least, out of my own pocket. One of the last conversations I had was with a man who told me if I really gave a damn, I would look into the government’s pressure to have the Nation sign over their water rights, water they so desperately needed.

At the time, I faced my own personal grief with the loss of a pregnancy at the end of the trip. And like many people before me, I turned my back on this people who welcomed me, repeating history in my own way.

Recently, Obama applauded Adidas at the White House Tribal Nations Conference. I don’t know what happened to Clay or Suzie or Pat. I wish I did. I hate that I didn’t stay in touch but surely I am not crazy to think that funds would be better spent getting basic access to clean water and electricity than rebranding teams?

Maybe that isn’t Adidas’ job but I am pretty certain, Mr. President, it’s yours.  I urge you and all the other people who spend more time complaining of cultural appropriation citing poor -taste halloween costumes or a fashion photographer using a feather headpiece to put their energy somewhere it could have a very real and tangible impact. 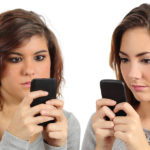 What Kids These Days Need to Learn 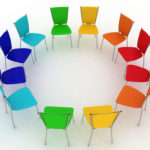