Before anyone gets all excited here, I am not coming out as a lesbian, or even bi-sexual. Nor am I expressing support for the “mistress” in a non-open relationship. But I feel this is important to say because for a decade and a half, from my late teens to my early thirties, I would have told you that I did not like other women. That I got along with men, but not women. I just did not have anything in common with them.

I will also tell you that this was demonstrably not true. During those years, I did have more male friends than female friends, but with the exception of C, my closest friends were always female. In fact, they were women who I bonded with over our shared dislike of other women.

My own misogyny boggles my mind.

In the spirit of honesty, I do not like all other women. But I do not like all men, either – never have. It turns out I like some PEOPLE and do not like other people. And yes, I tend to form friendships with people who share the same hobbies I do, and overall, there are more men involved in the hobby than women.

Or, I thought there were.

Or there just happened to be more men in my circle than women at the time.

Because now a days, the generalization is still that there are more men into old fashioned pen and paper role-playing games (think Dungeons and Dragons), but I know as many women who play as men. I have been in games that were all couples. My husband is in a game that has three men and four women. Women play role-playing games.

And here is another bit of truth. Now that I have gotten over myself, over my supposed uniqueness of just “not being like other women”, I have found something out. I like a lot of different people for different reasons. Sure a lot of my female friends game or have gamed in the past. But a number of them do not. We have bonded over other things – writing, foster parenting, music, bad jokes, jobs, no spending challenges… The list goes on and on.

And even when I did start coming out of it, the realization did not hit me right away. I remember sitting around with two other women during our initial getting to know each other phases, and talking about how nice it was to meet other women we liked, because we liked men, not other women – that was just how we were. But the truth was, these women both had traits of “other women” that I did not normally identify with – one loved shopping and decorating her home (she is, in fact, an interior designer), the other would not be seen dead outside of her house without makeup on, not even for a quick coffee on a Saturday morning. And yet, I liked them. We had the important things in common.

And still, the misogyny of our conversation did not hit me then. It was not until later that the ridiculousness of forming a female friendship over a shared dislike of females hit me. And it also made me wonder why was it I felt the need to separate myself so strongly from my own gender. Was I so desperate to be liked (as a friend) by men that I had to disavow women? Did I somehow believe that the men I was friends with because of our shared hobby would stop being my friend if I watched Sex and the City? My friends are not actually that shallow. So why was I?

I do not have the answer to that. Insecurity, low self-esteem, survival instinct as one of only 2 women (or sometimes the only) one in the room? Honestly, I do not know.

What I do know is that no matter what I said, I have been blessed with some amazing female friends over the years. And the friendships I have now recharge me. They make me stronger, make me better. They do not bring out the worst in me; they bring out the best in me. They do not tear me down, to my face or behind my back. They instead form the most amazing kinship network, having my back and providing the biggest safety net of a support system anyone could ever ask for.

I have the best friends a person could ask for. Some of those friends are men. And some are women. And I am grateful for all of them. And I promise never to cut myself off from a full half of the population ever again.

About the author: Erin Shanendoah is an author, editor, and blogger who… Oh, let’s face it, Erin is “the man”. She works in management. She has been known to use the phrase “my staff”. But as happy as she is being the sole earner for her family, she can’t not write. She has experimented throughout the years writing multiple blogs and submitting her fiction for publication. She now has her “one true blog” at Dear Alien Anthropologists, where she writes about parenting, pets, personal finance, and even posts some original fiction. 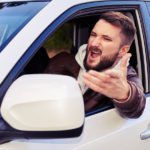 To the Man Who Called Me a Fat Ass 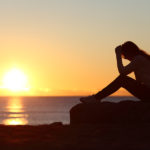 My Daughter Was A Target For High School Boys