I think I may be coming down with a serious case of senioritis. Since I’m at the middle age mark, you might be thinking, “Oh, you mean creaky bones, ailments, that kind of stuff?”

No, I mean senioritis, what Webster’s calls “an ebbing of motivation and effort by school seniors…”

More than a lack of motivation, it’s an anxiousness of finishing out that last stretch of high school. The same itch my daughter, a senior, is beginning to show symptoms of now with graduation just weeks away.

My itch seems to defy what I’ve heard people say over the years as their little urchins head off into the hinterlands of semi-adulthood. Things like: “I went into a funk when I realized our little Sally was going to fly the coop soon.” Or “My wife bawled for three weeks after our child left for college.” But it wasn’t until a few nights ago when my daughter was performing in her final high school musical that I realized how different my mindset may be.

Several people asked: “So are you feeling kind of sad?”

Me: “No, not really,” mostly unsure of what they were even talking about, as if they were speaking Finnish and I’d just arrived in the Nordic country without so much as a Finnish phrasebook in hand.

They: “It’s her senior year. This is her last high school musical. That whole thing.”

The idea of “The End” had taken me completely by surprise. I mean, high school, for the most part, has been hell. Correction, make that middle school and high school. The girl drama, the boy drama, the endless projects backed up to the very last minute, the add-on effect of social media. It has been exhausting.

Several years ago, sitting through a family member’s high school graduation, my daughter turned to me with watery eyes, swallowed a gulp of air and said: “I can’t imagine being ready for this. How am I going to be prepared?” I turned to her and said, “Trust me, when you are a senior, you will be ready.”

I knew it because I’d experienced it. I’d gone to school with the same people for 12 years. I couldn’t exit fast enough.

Senior year, as always, is a whirlwind. There are senior pictures, senior salutes, senior this and senior that. There are applications to college, college visits, deciding one thing, shifting gears, and then making future plans that are forever in flux.

So sad? I am not. Maybe at some point I will be. But for now, I’m just glad my daughter is in the home stretch of high school. I’m glad she sees a future, something beyond today.

And maybe that’s just it, I too see the future opening up again, a new kind of space, not just for my daughter but for myself as well.

Maybe I’ll take a short sabbatical and find a little shack by the sea where I can write from sunup to sundown. Or maybe I’ll do a stint with Argentine Chef Francis Mallmann’s cooking team, learning how to make incendiary dishes over open fires in South America. Or maybe I’ll backpack the Pacific Crest Trail like Cheryl Strayed.

Then again, closer to home, I might just take up martial arts and learn Uma Thurman’s Five-Point-Palm Exploding Heart Technique or become a black belt like Vikings’ Katheryn Winnick. Who knows, right?

It’s not about endings for me or for my daughter but about new beginnings, new possibilities. Maybe it explains why I feel the itch as she finishes out her senior year.

So the next time someone asks, “are you sad?” 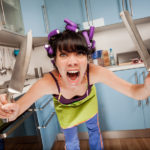 What’d YOU Do Today? (And Other Stupid Questions) 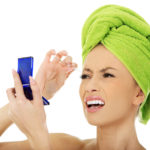