Betty Draper could be the poster woman for flawed motherhood. Watching her chain smoke her way through the first decade of her kids’ lives, while telling them to “go watch TV,” made me cringe again and again. Then there were her really awful moments, like the time she scolded Bobby for eating her sandwich after some unusually sweet moments on a class trip. Or say, slapping Sally for cutting her hair. Warm, fuzzy and tender mom, Betty was decidedly not.

Maybe that’s why I was sort of fascinated with her. I can’t help but feel like she had her good moments — driving with Sally and letting her have a cigarette. If you can let go of the smoking while trashing the girl’s father, it was one of the very few times where she expressed warmth towards Sally. Ironically, handing her that cigarette was a gesture of love.

Mostly, I watched Mad Men and took from her all the things not to do as a parent. In no way am I excusing her terrible, immature behavior, but maybe there is more for us to take from her. Those last heart breaking episodes softened me a bit. Maybe she did teach me a few (a small few) valuable parenting lessons.

1. We’ve heard it before, but nobody understands it’s okay to take a time out better than Betty. It’s okay to use the TV to entertain for a few minutes while we collect ourselves. Did Betty push it? Sure. It may have seemed like she preferred to have the TV parent her kids but maybe she was also trying to protect them for the disaster of their home life. Even if Sally and Bobby were watching shoot ‘em up Westerns and news of assassinations, protests and bigotry, the distant violence on TV was in some ways, less damaging than the sad, volatile situation in the kitchen. We can’t know the effect of all this neglect on her kids but sometimes, in moments when you think you might lose it, telling your kids to go watch TV is the best thing for them.

2. Betty Draper was a person — with flaws and dreams and disappointments — totally unrelated to her kids. Did this sometime manifest itself as selfish and immature? Sure. But I think I linger near the opposite end of the spectrum, losing myself in my kids. Watching Betty was a good reminder that balance is always best. She was primarily a mother but she never wanted that to define her. She wanted to go back to modeling. She seemed envious of her longtime friend who started working at a travel agency, and finally, she seemed almost downright happy to tell people she was going back to school. I can’t help but think as she became more invested in her studies and happier, she might have become a better mother. Sometimes taking care of yourself first, does help you to take better care of others.

3. She’s actually just like us. She doesn’t really seem to care if she is a good mother but there is one scene, where she is sitting on the bed with Henry (after the class trip incident) and she asks, “why do they hate me?” (We might have a few answers for her…) But no matter what kind of parenting philosophy you follow, no matter if you work or stay at home, if you seem awful or angelic in the eyes of others, deep down, we’re all wondering, “Are we doing a good job?”

4. The answer is always yes. Turns out, you can be pretty horrible to your kids and they still love you. Did you see poor Sally reading that so completely Betty-like letter? Despite all her maternal misgivings, Sally loved her.

When you feel like you’ve had a pretty awful parenting day; when you’re sure you yelled too much and hugged too little; when you wonder why your kids hate you…Remember the time Sally told Don she loved him and her sweet, sad reaction to Betty’s final letter, and know that there is still hope. Tomorrow is another day.

Kathleen Siddell lives in Singapore with her husband and two boys. She resists the term “mommy blogger” but reluctantly admits she is a mother who writes a blog. She has been featured on The Huffington Post, Mamapedia, Mamalode and Scary Mommy, among others. You can follow her family’s adventures at Avery Adventures or laugh at her lack of social media savvy on Facebook and Twitter. 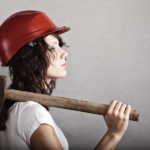 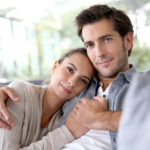 Why I Put My Husband Before Our Kids