It was Spring 2003, my freshman year of college; I was 18 years old and had just started my COM316 course: Gender in Communication.

The first day of class went as any normal first lecture; the professor went over the syllabus and instructed us students what book to buy, what chapter to read first, and that we’d see him back the following Thursday.

We returned to class the following Thursday and, per the required reading, the first sentence to fall out of my new professors’s mouth was: “Per the reading required since we last met, can someone please give me the definition of feminism…in one word?”

A sea of late teens raised their hands and I remember as my sweaty palm dangled high amongst the hundreds of eager undergraduates. Speaking in front of large crowds was not my favorite thing to do, but I knew the answer to this.

“You, in the white shirt with the black hair, what is your name?” he asked me.

“Ashley, welcome! Would you care to give this a go? What is the definition of feminism based off the reading I assigned. One word.”

“Exactly. Feminism can be simplified into one word: Equality.”

Sure, he went on to elaborate much more on the word throughout the semester seeing the basis of the course structured around, largely, this issue/word. There was a lot to learn, but truth be told, that is one thing that truly stuck out about my 4 years spent in university.

It was so simple. Never have I pondered whether or not I was a feminist, simply because of that rudimentary explanation. He laid it out so simple. You either believe in equal rights for all human beings, or you don’t.

Here we are 12 years later and I see hashtags that pop up on Twitter, words like “Fem-Nazi” floating about, the ignorance blasted all over the internet that “if you are a feminist, you must either be a lesbian or hate men.”

What the fuck is wrong with this picture?

Am I the only one who finds that this word has taken on an entirely different meaning? “Feminism” has seemingly evolved to encompass multiple definitions and meanings. Unfortunately, with much foolishness, ignorance, and subsequent backlash. A man declares he is a “feminist” and he is somehow, in some fucked-up, convoluted way described as a “pussy.” Don’t believe me? Have a quick scroll through Twitter and type in hashtags with the word “feminism” strung behind the “#” symbol.

When and how did this word, a word I was taught with such a simple definition turn into something that labels ones who identify with it as “lesbians,” “crazy feminist bitches,” “pussies,” etc. Why has this word created a divide? Can someone tell me how identifying as a feminist (as a woman) makes you some “crazy liberal lesbian,” or (as a man), a “pussy” who isn’t “man enough”?

Are we that far gone that we have taken a word that has a pretty easy-to-understand definition, essentially, equality in all forms amongst both men and women, and turned it into some political issue?

Am I a liberal if I believe in feminism? Regardless on my political stance, why should that matter?

I read article after article defending feminism. Why is this something that needs defending in the first place? Who are these people that “don’t believe” that the population, women and men, should be treated on an even playing field not just professionally, but in every aspect of life, too?

I actually saw a comment on an article the other day that read something along the lines of: “While I agree with what this author is saying, I do not define myself as a feminist.” Not that this matters, but the author of that comment was a woman. It took every fiber of my being to not respond to her with:  “Interesting insight. I have a suggestion: Why don’t you teleport back to the 60’s and spend a day with a few of the girdle cinched receptionists ‘Mad Men’ style? You know, sit at a typewriter all day, and deliver coffee to your boss who views you as someone only capable of taking messages and hanging a coat. I’m willing to bet that would change your stance on the whole ‘not identifying as a feminist’ lunacy you just spewed out.”

Women and men can vote, work, drive, shoot weapons, run for office, preform brain surgery and fly to fucking outer-space, why is this word still being thrown around and being debated?

If you are a woman and don’t identify as a feminist, I don’t get you.

If you are a man and don’t identify as a feminist, I don’t get you either.

If you still feel that way after a bit of research, please, make an effort to stay as far away from me as possible. 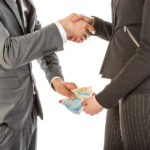 I Get A Wife Bonus Too 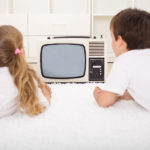 Lessons on Motherhood from Betty Draper