I’m sitting on the plane to Los Angeles and my hands obsessively keep reaching for the pouch around my neck.  Good, it’s still there. But then I begin to panic.  What if the pouch is there, but the contents fell out the last time I checked it?  I’d better check.  So I open it up and check again.  Close it up, and repeat the cycle.  For the entire flight.

Why was I so worried about this pouch?  Because it contained my boarding pass.  The last time that I passed through LAX was the beginning of the worst year of my life.  And it all started with a missing plane ticket.

I was in a marching band, and we flew to Japan and Hawaii on a tour.  The flight from Japan to Hawaii was a long one, and I remember sleeping on the flight.  I was 15, and on a trip of a lifetime with my best friends.  How many teenagers can say they get to experience that?  Not many.  I was excited.

What I didn’t know was that my friends were going to turn their backs on me and make me a target of over 2 years of bullying.  I would lose all of my friends at once, not make any more for a year, and be in constant fear at school, in public and even at home.  I would cross the street to school each day silently hoping that I wouldn’t make it to the other side.

The plane ticket was the first attack.  I got off the plane in Hawaii, prepared to go through customs, and couldn’t find my ticket.  I looked in every pouch and pocket of my bag, certain that I was just missing it.  The flight attendants searched the area around my seat, and tore the plane apart looking for it.  We retraced my steps.  It was gone.

If it had been after all of those things, then I would have known that it wasn’t my disorganization.  It was not my fault.

Explaining to the airline that my ticket was gone was the first conversation of what would be many in which I had to swallow my pride and ask for help.  Most of the time it was from the caretaker at school.  The office turned a blind eye.  The librarian didn’t believe me, so I had to bring in my parents several times.  I learned not to trust people – even the ones who are supposed to help us.  Maybe especially them.

25 years later, even though I know that it wasn’t my fault, I still carry the scars of what began the day my plane ticket disappeared. It shouldn’t be this way.  I know I’m a good person.  I know I  didn’t deserve to be treated that way.  I know that what the bullies did to me was more about them than it ever was about me.

But still, I look for my ticket. 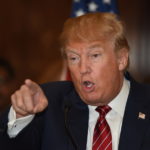 When Did Bigotry Come Back In Style? 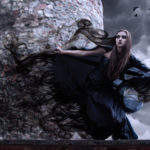 Today I Will Not End My Life