This is a story about how a mom’s primal need to relax on a beach in Mexico overrides her family’s sub-conscience attempts to foil everything. Nothing can stop her. Not an ear infection, not a premonition that death was just around the corner, not even a husband who was down on his feet due to incredible stupidity. No. Mama’s goin’ to Mexico!

A couple of years ago Levi and I were preparing to go to Mexico for our 15th anniversary. We had been planning for months and finally, it was just one day away. Only 24 hours stood between us lounging beach-side to the lull of the Caribbean Sea being waited on hand and foot by Pepe.

Speaking of foot, while out buying last minute things I called Levi to check in and he informed me that he hurt his foot.

He said he hurt it playing flag football at one of the schools his company did. I dismissed this and went about my shopping.

When I got home he was laying on the couch.

When I asked him to help me get stuff out of the car it was then that I discovered the extent of his “foot injury”. Imagine walking as if both of your knees could not bend and you were walking on shards of glass.

His pace was about 2 feet per minute. Now, you might have thought I would have rushed to his aid. Not so much.

I stared at him. Ok, I glared at him. “What have you DONE?” “Well, I was playing flag football and I don’t know? Something happened to my feet when I was running. It really hurts.”

I said something to the effect of, but probably meaner… “Yah. I can tell it hurts. More importantly, just what exactly are you going to do about this? Are we just going to walk around Mexico like we are 90? That sounds super. This is ridiculous. When was the last time you even ran? You thought NOW would be the perfect time to pretend you are in the NFL? Or, I don’t know, like you are 20?”

He didn’t really have much to say. He was in too much pain. So, I proceeded to do everything myself because Levi, a.k.a. Tom Brady, couldn’t walk. I packed bags and did laundry and gave evil looks.

Surely it would be better by morning.

Nope. Worse. It took him at least 5 minutes to even get out of bed because putting weight on his feet was so painful. I still had no sympathy, rather I called the doctor and got him an appointment that morning because this needed to be fixed.

When we get there the doctor comes in and pretty quickly explains what was going on. He had micro-tears in the plantar fascia of both feet, also known as Plantar Fasciitis. What were the doctor’s orders? Don’t walk.

I did not hide my disdain. I explained to the doctor that we were about to get on an airplane to Mexico in less than 24 hours. He laughed and gave Levi a look that said… dude, you screwed up.

I did not laugh. The doctor’s orders were also to ice his feet as often as possible. Guess who got that task? That’s right. Good ol’ me. We go home and I continue to get everyone ready for our departure. I had to stop every so often and re-ice and re-wrap his precious feet. I did not do this with much grace.

Just when I thought I couldn’t be annoyed anymore, Jules informs me that her ear hurts. It’s around 6:00 pm at this point. We leave in about 12 hours. Swimmer’s ear infection. There is no time for a doctor at this point. Ok, here’s the part where desperate times call for desperate measures. I called and asked a friend to give me some prescription drops. I know, I know, this is not good. Blah blah blah. But, I needed to get to Mexico, ok? Said friend gave me the drops but really only cared about sealing the deal on me bringing back her God bless-ed Mexican vanilla.

I rush to my friend’s house, get the drops, go to CVS to get some pain medication for Jules, and pick Levi up some special stupid foot cream all the while he’s laid back with his feet wrapped in ice like he’s at the Swinney Spa Castle.

I get the drops in her ears and the pain medicine in her mouth and wait for it to begin to work. I put the cream on his feet and ice them again. I load up their bags, you know, because Tom Brady can’t, and we take the girls to our friend’s to spend the night so we can get up early in the morning.

Now, it’s time for goodbyes. It goes o.k. at first. Jules gives us hugs and says goodbye, then Mia gives Levi a hug, then me. Except she doesn’t let go. This is not like her. I keep hugging and kind of try to pry her off of me because I really need to go to Mexico. She is crying.

She doesn’t cry. I asked what was wrong??? She takes a minute then whispers in my ear “I just don’t want you to DIE.”

Are you kidding me right now? I am about to leave you for a week and you put that out there? You just throw that up to the universe for all to hear? I thought, listen here family, I don’t care if Levi can walk. I don’t care if Jules can hear. I don’t even care if we DIE on the plane! Mama is going to MEXICO!

We did get there and back safely. Jules’s ear did heal while we were gone. Levi’s feet? Took MONTHS to heal. But, we waddled our way around Playa with the best of them.

I even brought back the Mexican Vanilla for my prescription ear drop dealer.

Connie Swinney
I am a 40-year-old wife and mom of two girls ages 15 (a cheerleader/connoisseur of junk food) and 13 (dimpled ball of fire and fury…this one keeps us on our toes and scared) and wife to a bearded architect. I am currently a third-grade math and science teacher and former blogger who can’t seem to let the writing dream die. 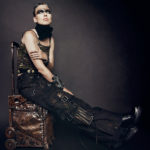 If I am Invisible, I am Leaving 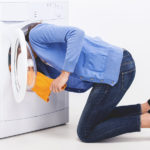 My Daughters Are The Reason I Can’t Find My Shit 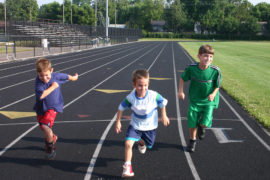