Robert Frost’s road less traveled is child’s play compared to the road one thinks they will never, ever, even remotely, go down. But I went down it, both figuratively and literally, with my fourteen year old daughter.

The 4.0 GPA, never gets in trouble, everyone loves her, daughter.

The one who took all of four hours to go from innocent and playful to daring and damaged.

But back to the road. The road I traveled on this particular day led to an out of town drugstore, where no one would know who I was. I left my daughter in the car and went in search of a pregnancy test. A test I thought I would never have to buy for a girl I loved madly, and deeply, no matter how disappointed I felt. But there I was.

Or so I thought. I followed the signs to the family planning aisle and all I could see on the shelf was the KY jelly, the locked up vibrators, the sexual intimacy play toys. While I was standing there searching frantically, adjacent to me in the blood pressure chair at the pharmacy was a little old woman, assuming I was a 40 something woman looking for a good time. She had no idea.

Where were the pregnancy tests and how on earth did I get here in the first place? Oh, right, that road. So sneaking vodka, then sneaking out, then sneaking you know what leads to very bad outcomes. My precious, perfect, child made one bad mistake, and then another, which spiraled and led to just one more, all in a span of four hours.

My worst fears all came to fruition in a heartbeat, and I prayed it would not continue for another heartbeat, as terrible as that sounds. And so the road I never even imagined was possible, suddenly was. It was staring me in the face. Well, not really, the KY was. It REALLY was. Despite having no clue where I was or how I got there, I did manage to find my way to the right aisle, the one with the pregnancy tests, and I did manage to purchase one, using a $4.00 coupon I might add.

There was nothing funny about this road I was on, but when life one hundred percent deals you the cards you do not want, sometimes you just have to roll with it. There is no other choice. And so I did. We did. Right on over to a Kentucky Fried Chicken restaurant because my daughter had to pee. Perfect. Because well, the timing was right. In we went, down the hall toward the bathroom, hoping the road was going to end in nothing but washed hands when it was over. And it did. She took the test, it was negative, and she tossed it in the trash.

That toss was the single, most symbolic, moment of our journey. She never looked back, and I sure hope she never does, but only time will be the predictor of that. Out we went, but we did not leave quite yet. We both ordered some popcorn nuggets and a root beer float for the ride home. Nutrition aside, fears aside, apologies aside, it was time to move on, to move beyond what could have been a dead end road. The future road ahead is going to be a very long one. I know that for sure. But this time, lessons learned, we are both determined to make it a better one. 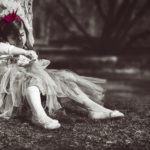 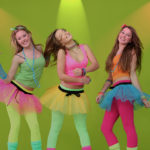