I love my little Sour Patch Kid, but in our pre-Kindergarten summer she has developed a massive attitude problem (I’m about 92.5% sure it isn’t demonic possession).  But, in an attempt to “solve” her growing pains, helpful friends and strangers on the internet have, in the great American fixer-upper tradition, tried to pathologize her “symptoms.”

So, I want to clear up a few things on behalf of all the parents out there whose Little Darlings are a Giant Unmanageables:

1. She doesn’t have sensory processing issues, she’s just ridiculous (and hilarious).
Sure, she threw a 37-hour (okay, 2.5 minute) fit because the seam on her sock made her feet feel “too crinkly” and every ballet class is a struggle to keep her tights from feeling “too tights-y.”  But before you start raising everyone’s insurance premiums with unnecessary diagnostic appointments, let me assure you: yesterday she loved those socks.  Last week they made her feet too “slow”—they have turtles on them. And the tights are fine, especially when she puts them on her head and pretends to have bunny ears.  She’s just five and sometimes they fixate on stuff (strikingly often, socks and related paraphernalia).

2. She doesn’t have leadership skills (yet); she’s just bossy.
I know I’m not supposed to say that, but before you accuse me of internalized misogyny, hear me out.  I want to raise a strong, opinionated, go-getter girl—which is good because she was going to turn out that way whether I liked it or not.  But, she’s bossy.  She’s sassy.  She orders the other kids around. Real leadership skills require listening and having compassion for others.  If she’s a leader at all, she’s a 3.5 foot dictator.  Mostly, she’s just a bossy britches.  So, with any luck, and a lot of time on the calm step with the glitter bottle, we will make the leap from bossy to boss in the next year or so. But it takes a lot more work than just telling her she’s a leader.

3. She doesn’t have Oppositional Defiance Disorder; she’s just kind of a punk sometimes.
She doesn’t have ODD (which may not even be a thing), she just sometimes has trouble with her listening skills.  Of course she’s defiant; she’s still learning emotional development and the disappointing lesson that she’s not the center of the universe.  If I’m being completely honest with you, when I don’t get my way I would also like to stomp up the stairs, slam the door, and Disney-princess dive onto my bed.  But I’ve learned (most days) to control that impulse.  And she will too.  But I’m not the brat-whisperer and I can’t stop every tantrum before it starts.  Even if I could, I wouldn’t.  I can’t stand the tantrums and the anger, but it’s important for kids to be allowed to feel the less pleasant emotions, and even more important for them to learn how to de-escalate themselves.  If you don’t think developing frustration tolerance is important, try using slow internet or calling customer service sometime.  (Watch the DMV scene from Zootopia and you’ll get it.)

4. She’s not un-disciplined; she’s just an optimist.
Do you have any idea how hard it is to discipline an optimist?  Take away her favorite toy and she says, “I guess that’s okay—I can just play with these other toys.”  Short of pulling a Stalin-esque “NOT TOYS FOR YOU EVER!” there’s no way to combat such relentless positivity.  I’ve got to admire her developing resilience.

I, too, slip into the bad habit of thinking that I’m the parent and the law and she should just comply (let’s be real, they’re almost always listening, when we accuse them of “not listening,” what we mean is not complying), but she’s also a growing human who wants to assert herself.  It’s nature’s recipe for power struggles.

My point is this: parents whose children have sensory processing issues, ODD, or other physical and mental health difficulties have enough going on, don’t belittle their struggle by assuming it’s just about having a kid who misbehaves (loudly) sometimes.
And let’s not demand our children are always perfect by pathologizing every childhood journey of self-discovery.  I’ve taught yoga to enough tweens and teens to tell you that too many kids are over diagnosed, over medicated, and undervalued.  I get it, we’re all busy.  I’ve spent this summer caring for a newborn while studying for my comprehensive exam and trying to entertain Sour Patch.  It’s tough.  We all get stressed.  We’re always spending too much time together, or not enough.  But, I’m not planning to join the tens of thousands of American toddlers on Ritalin just because she needs me to listen and discipline differently.

I’m not an anti-medication mom.  Some kids need diagnoses, some need medication.  One day, mine might be one of them.  But for now, she’s a compassionate kid with a huge heart, I just need to find a way to help her listen to it.  So, please, stop pathologizing her bad behavior, and just send wine.

Amber Vayo is a mom of two little lightening bolts, and a full time PhD at the University of Massachusetts Amherst.  You can find her other musings on Scary Mommy and Twitter. Website: http://ambervayo.org Facebook page: http://facebook.com Twitter: http://twitter.com/AmberVayo 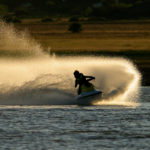 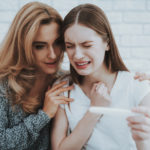 My Good Girl Had a Bad Day