If you are feeling like a shitty mom, allow me to make you feel better. No, really, this should be an easy fix, and I am happy to oblige. To put it simply, you are not a shitty mom until you’ve walked into your bedroom and found a vibrator in your child’s mouth. Feel better yet? In my defense, this was actually a back massager which I figured I would try one night while going through my divorce. Imagine my excitement that this $12 massager from my local Wal-mart did the trick – and could get that kink out of my neck too! Double score!

I walked into my room, and saw my child standing on my side of the bed, talking gobbledygook, while laughing at how funny this vibrating thing feels in their mouth. I still wonder how my screaming “oh god that is disgusting, get that thing out of your mouth!! That has been on my, uhh – my back! Gross! Go brush your teeth, your tongue – your face!” didn’t result in any questions.

Or, how about this time we sneaked in a quickie and ended up doing a quick clean up job with a nearby towel in order to get the mother-effing door open so the kids would stop banging on it (clearly, they had the banging down better than us). In walked one of the kids, saying that they needed a towel, and the next 45 seconds of my life continued on in sheer, immobilizing terror as I watched my child grab that same towel and shove their face into it to smell if it were fresh. Seconds passed before my legs could work again, and I was able to run out, snatch the towel out of their hands, while simultaneously praying to God that when I pulled the towel away, this wasn’t going to recreate a simulated Something about Mary moment. Luckily it did not–but, man, it was funny later.

The least traumatic story, although still horrifying enough, was the time I bought edible underwear. It was the first and only time I ever bought edible underwear, I might add. We had opened them, but those lovely little things are not for any woman with an ass or a waist over a size 10. At that point, the rainy weather had brought about lovely ants invading my house, and I figured they would find the underwear in my bedside table, so I hid them in the freezer, behind the vegetables.

What kid looks behind the vegetables? Not mine. Right? Wrong-o, buddy! Apparently when searching for “desserts,” my son found the chewy strawberry edible panties, brought them to his sister, and asked her if he could have them. I’m not sure which part of what happened next is worse, the fact that my daughter called me at work and told me what my son had found, or the fact that she knew exactly what they were.

Phew! That day was one for the books.

Wait, we totally wear white, so toss that.

I’d like to believe that I am not the Chelsea Handler of motherhood, alone in the world of taboo parenting fails. Right?! Surely this has happened to you too, right?!

Well, there you have it then – you are not a shitty mom. 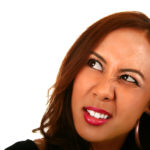 When My Nanny Speaks in Riddles 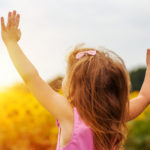