But last week when I asked him to please take out the trash, and he stared at me like I had asked him to climb Mt.Everest naked…I had my doubts. I wanted to collect a blood sample and have him DNA tested! This asshole-kid cannot possibly be mine, where the fuck is my kid? Ya know, the one that came out of my vagina thirteen years ago? The kid that not only needed me but loved me, cherished me and WANTED ME AROUND?

Where is that child?
He is long gone.

That kid has now mysteriously morphed into a smelly, nasty-ass, crabby-hormonal teenager. And the only vagina he wants is the teenage girl he’s snapping on SnapChat. He only needs me when he’s hungry and wants dinner. And only cherishes me when it’s bedtime, and he selfishly wants to snuggle and talk about his day. (I’ll take it, btw.)

Yes, this is my teenage-Son, who now hates the very sight of me, and loathes every word uttered from my lips. Including, “How was your day,” or “What kind of cereal do you want?’’

Welcome to Parenting a Teenager it’s tough, Y’all. But it’s all normal, and you are not alone. Some days are good, not great…but okay. And some are so horrific that your neighbors wave as they watch you sitting on your front porch giving yourself a “time out.” Doors slamming. Name-calling. Shit flying. Oh, and all this before 8 am.

My teenager hates me, and I just don’t give a fuck.

Want to know why?

Because If he hates me, then I’m doing something right.

I’m setting boundaries. I have rules in place. I’m asking the right questions. I’m engaging. I am not giving up…I’m in his face, and I’m never going to stop annoying him EVER. He can despise me; he can say I suck, and I’m the “worst Mom ever.” Good. Then I am doing my job to the BEST of my ability. Because if I don’t “irritate him” then where is he? Well, he’s in his room on the X-box, or on his phone Snap-chatting away with his friends. Which is fine, for a while. I give him his space, sure. He is a good kid and does his thing! But then I ask questions that “bother him.” I engage, and I PARENT. I’m doing my job, and I don’t care if he hates it.

I’m his MOM, and if he hates me, I’m doing something right.

Do I feel guilty? Sometimes. Do I give in? All the time. Do I make huge mistakes? Hell yes. But that is parenting. I’m not his friend, and I don’t care if I’m the “cool mom.” (Ok, I care. But I’m still a hard-ass.) He sees me fail, which is okay, too. But he knows I won’t quit. We are in this thing together, and he trusts that I’m never going to give up on him. I will never just throw my hands up and say, “Go! Fuck it! Do whatever you want, go smoke pot and live it up!” I’m not that Mom, and he knows it. I also know that deep down in his teenage-soul he likes the boundaries I’m laying down. When he asks me if he can go to the mall with certain kids he wants me to say “no.” He’s looking for an out; he needs a reason.

It’s my job as a parent to give him one.

And sure, he acts pissed as hell; he yells at me. Tells me, “I suck shit!” as he’s running up the stairs, stomping his feet. But I’ll take the beating over and over fully knowing I’ve saved his little psyche that day. It’s my job to take the hit because I love him that much. And he does still need me, and just because he may not be saying it with words, I am the grown-up, and I “speak teenager.” After all, we did share the same body once, way back then. Sigh. That big, crabby-ass teenager and I were once a team before he could breathe air, and we still are; He’s just too dang cool to admit it. But he still asks me to tuck him into bed every, single night. I guess I’m not that bad, huh?

My teenager hates me, but I don’t give a fuck. 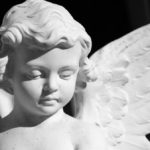 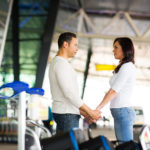