I have a 13-year-old daughter, and for those of you with teenagers (or even those of you with at least one working eye that have been in the presence of teenagers) know what this means. This means I have a small human who constantly stands in front of their phone flailing their arms around, squinting an eye, and biting the tip of their tongue… otherwise known as making Tik Toks.

I have spent a good year, if not longer, relentlessly making fun of her for this obsession as it progressed to her spending every moment scrolling Tik Tok, talking about Tik Tok, or aimlessly doing Tik Tok dances without even having the music (I’m sure you have seen this, the teenage girl walking around mostly dancing with their arms in a way that could be mistaken as having a medical emergency). By the time COVID-19 hit our state and stay at home orders were issued, even my 10-year-old was in on this phenomena.

One day, quarantine boredom got the best of me and my husband. In full disclosure, by boredom got the best of us, I mean we ran out of ways to avoid our full-time telework duties and school assignments and couldn’t come up with any other reason not to do the laundry. So we did what every mature adult would, and downloaded Tik Tok with every intention of trolling our children. Little did we know, that this small download was going to consume the rest of quarantine. Before I knew what had happened, I had abandoned Facebook, Instagram, Twitter, and every other form of social media. I had become a grown-ass Tik Tok obsessed adult.

Much to my relief, we found we were not the only middle-aged parents who turned to this ridiculous app during the lockdown. There was a slew of #over30 #momsoftiktok #momsover30, and as I scrolled I realized I had found my people. I laughed, I cried, I even tried to dance. I became consumed with watching these other mamas putting themselves out there. My husband and I found ourselves lying in bed until one or two in the morning passing each other our phones to share the funny videos we had seen.

Eventually, with the help of my new TikTok pals, I made my first video. It was a nice safe one with my daughter and it was SO MUCH FUN. Then I made another, and another, and then I made them with my husband. Before I knew it, I had more likes and followers than both my kids combined (and yes, this was super satisfying).

It was fun, but the thing that I think I enjoyed the most was that I had dropped my social media façade. I have been known to post embarrassing pictures and stories. I have always fessed up to my quirks and eccentricities. But this was different. There was a pure level of acceptance that I found among the #momsoftiktok. I found myself not only being motivated to get out of my quarantine funk, but also owning who I am. Much to my kids’ pleasure, I started to wear real pants more often (well, my go-to Target yoga pants). I started to be ok with the baby weight I am still claiming 6 years after having a baby. I started to be ok with the fact that I sometimes turn to my friend Tito’s after a stressful day of working, college work, homeschooling, and trying to keep my house looking less like a zoo and more like a home.

I saw Tik Tok after Tik Tok about having fun, and being kind, and being ok with not always feeling like the best parent. It was a welcomed change to the ever depressing news and arguments that have filled up the rest of social media. I stopped seeing perfectly coordinated outfits and super crafty homeschool schedules that made me feel like a failure as a parent/spouse/all-around human being.

Instead, I started seeing people in sweat pants and messy buns drinking White Claw in the middle of the day, obnoxiously annoying their husbands and children, and playing with the belly fat that Karen was busy pretending she didn’t have back on Facebook. It was refreshing. I became a Tik Tok obsessed millennial, and it was the best thing to happen during quarantine.

Daniella Merrill is a mom and step mom of 3 so obnoxious you have to love them children and a rather great man child husband. She is a full time Army Soldier who has always had a passion for storytelling and entertaining. While most writers would include their super successful blog sites or social media links at this point, Daniella is just starting to explore the option that she can maybe do more than just embarrass her kids or get a few chuckles out of her writing by posting it on her personal social media pages. 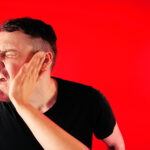 We’re Acting Like Teenagers and Frankly, Could Use a Good Slap 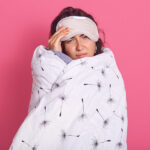 Because Moms are People, Too