If it were possible right now to take our big ol’ Land of Liberty and roll it up, squish it inward and mold it into an actual person, it’d come out looking and behaving like THAT teenager.

You know the one. That pimply 14-year old jackass of a teenage boy, riding his skateboard out into traffic, earbuds in, vape pen in hand, chucking a half-empty soda can uncaringly over his shoulder, oblivious to anyone or anything in his nearby vicinity.

Or we’d be that 16-year old spoiled bitch, constantly on her phone, dropping crumbs all over her bed and taking a gazillion selfies while pouting and eye-rolling and screaming that EVERYONE SUCKS! because no one will drive her to the mall after she’s ignored all her weekly chores and Oops! – lost her driver’s license for the second time in three months.

Because if you’ve ever parented teenagers, or even just spent the better part of a day around a few of them, you know they are pretty much assholes the majority of their waking hours. And as our long, hot summer of COVID-19 has begun, we as a country are behaving just like those little assholes.

Why are teens so freaking and utterly annoying? It’s a scientific fact that the human brain does not finish fully developing until around age 25. Teenagers walk among us suffering from an immature frontal cortex, which explains why they act in the horrible ways that they do.

They are impulsive and take stupid risks without thinking about the consequences.

They think that rules don’t apply to them.

They don’t have much empathy yet, and they get easily defensive when they are called out on their idiotic behavior.

And they place a lot of importance on looking cool.

Why, that sounds just like so much of our citizenry over the past few weeks.

We have become petulant teenagers who have grown exhausted from being grounded. We are now bored AF of being at home and because we only care about ourselves, we’ve decided, FUCK IT! – we’re over it. We are headed back out to our bars to drink. And out to pack ourselves into swimming pools to party with our closest hundred friends, and then on to shop for some cute new, summer clothes to show off in our Instagram feeds.

We are thinking about ourselves, and ourselves only.

So, screw those geeky doctors and a few lame politicians who are trying to tell us how to live our lives. And you want us to wear a mask?!? Are you kidding me? They’re HOT. And scratchy! And my friend’s cousin says they are dangerous because they fill up with carbon dioxide or something like that. We could totally die!

And seriously you guys, those masks mess up our make-up and our hair and look so STUPID! And haven’t you heard? This whole virus thing is just a big HOAX and all you Boomers need to get over yourselves.

This is America and YOU CAN’T TELL US HOW TO LIVE OUR LIVES.

But really, should any of us be at all surprised with this pathetic and toxic state we’ve found ourselves in when the “leader” of our country is the biggest teenager of them all?

We have the body of a grown man sitting in the Oval Office, but it’s a deadly shame that he possesses the brain of a teenager – not fully formed and incapable of mature thoughts, empathy, and critical thinking.

We have an immature and narcissistic individual who is impulsive and is taking risks with OUR lives so that he can pander to his base of like-minded fools who couldn’t give a shit about the collective health of our country. And like a typical teenager, he thinks wearing a mask doesn’t look cool or powerful, so Nope! He ain’t wearing one.

Exactly like a classic teenager, he’d rather spend time out with his “friends” at rallies and hate-fests, spewing tall tales and calling people names, rather than be holed up actually doing his job and working on solutions to help end this pandemic faster.

Our Teenager in Chief is essentially giving us all the middle finger and smiling while he does it, as millions of his clique play along, and thousands more needlessly die each month that he’s in office.

Because he is the worst offender of all, he certainly won’t give us the slap we need. Those of us who are tired of the teenage shitshow we’re seeing around us had better make sure we show the idiotic adolescent the door, come November.

Let’s elect a genuine adult with a fully formed brain and begin to repair all the damage that’s been done these past four years.

It’s high time to ground the man-child, take away his phone, and put him and his supporters to bed. 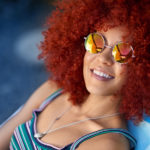 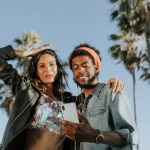