For Moms with school-aged children, Spring Break is a dreaded annual punishment. Sure, Summer Break is longer, but at least there’s camp and activities available for kids on break.  During Spring Break, the only thing for kids to do is spend time with their families.  This usually means Mom.

Don’t get me wrong. I like my kids. What I don’t like is pretending to be a Lego Crocodile for 8 hours a day because my 5-year-old is currently obsessed with “Chima.” Or, lugging all his sand crap to the park only to get there and have him melt down because I didn’t bring the scrap of dust he really wanted.  Or, organizing a 5-kid playdate at my house, lunch included, only to have him ask, “Can’t I just watch TV?”  If God didn’t want kids to go to pre-school, she wouldn’t have invented it.

But this Spring Break, a little life circumstance added insult to Spring Break. My husband had to go on a business trip.  At the last minute. To France.

The thing about spouses and business trips is that no matter where the trip takes them, they always act like it’s so much worse than being at home.  And if the trip takes you to Akron or Bakersfield, I might see your point.  But when the trip takes you to say…Fucking France, I don’t feel all that bad.  And by the way, even in Dayton or Bakersfield there’s a thing called “room service” and someone else to pick up the shit you leave all over the floor.  There are  no children who think 2 am is party time and the only reason to wake up at 7 am, is to hit the gym before that first meeting.

At home there’s just me.

So you can imagine my delight when the hubs told me, on a Friday night, that the following morning he had to “hop on a plane for Cannes.”  Ever the supportive wife, I said I’d be fine with the two kids for the 7 days he’d be gone. And fine I was, until the first phone call.

Him: Ugh. Exhausting.  I’ve had meetings all day and now there’s a dinner and then a party and then a boat and then….

I interrupt.   Is that a cork popping? I ask.

Him: Yeah, maybe. Not sure.  Maybe someone ordered a magnum.

He yells at someone offline that yes, he would like a glass of whatever is being poured and then returns to the line, yawning. He continues the yawn-symphony for ten or so minutes. This can only be described as the worst acting job since Gwyneth Paltrow sang on “Glee.”  Try as he might, my husband still can’t convince me that a kid-free week in France is anything but great.

While my husband is doing deals in the South of France, my children decide to tag team me by being awake each night, at different times.  Normally flawless sleepers, the kids both choose this week to give me a first-hand account of what it’s like to be as sleep deprived as a prisoner of war.

But its my husband whose wiped out. You see his friend who lives in Paris flew down to “hang” which is husband-speak for “get wasted while you spend time with my children.”  We’ve both been up until 4 am, but his night involves a bottle of champagne and mine involves my worried 5 year-old, curious as to when I’m going to die.  “I’m not sure,” I tell him. “But I’m fairly certain I know when your Dad will.”

Day 3, aka the day both my children get ear infections, the hubs posts a “selfie” on Facebook-a photo of himself, bathrobe clad, cigar in hand, from his South of France balcony which overlooks the beach.  I contemplate divorce. Or, better yet, murder. His.

Day 4, aka the day the day a Palm tree fell down on our house, the Hubs calls to tell me how much he misses us, but falls asleep in the middle of his sentence.  I’d hang up on him, but I’d hate to wake him up.

But I keep a lid on my resentment knowing he’s only a day away from home. Regardless of his state of exhaustion, he’ll have had 17 hours of quiet time on the plane.  He’ll undoubtedly come home rested.  Except, he doesn’t  He comes home exhausted. He barely has the energy to say hello.  I’d tell him how pissed I am, but I can’t. He’s gone to take a nap.  Business trips are exhausting. Or, at least that’s what he keeps telling me.

The Howard Stern Of Housewives. 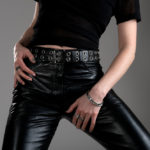 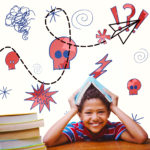