This became a problem when my boyfriend introduced this ‘R-rated’ Smartphone app into our relationship. The idea is to choose from a huge menu of sexual activities, and if both people pick the same things, those particular fantasies go in the couple’s mutual sexual bucket to try out in real life.

After an hour, when my “To-Do” list remained empty but three hundred disgusting ideas crowded my “To-Don’t” list, the app declared me frigid and referred me to a sex therapist.

I quickly realized I needed to be more flexible and open-minded. So here are the least repulsive and inoffensive ideas the Smartphone app (and my boyfriend!) want us to do.

That gives me a great idea! I’ll look over the other 8 items on our sexual bucket list in the hopes that I misread them as well. No such luck — 100% accurate.  I guess there’s just two options now… serious negotiations with my boyfriend or see that sex therapist.

But I choose option #3, delete the Smartphone app.

About the author: Stephanie D. Lewis pens a humor blog called Once Upon Your Prime. Her work has been featured on In The Powder Room, BlogHer, Midlife Blvd, Say It With a Bang and local print publications. She is a regular contributor to The Huffington Post and you can follow her on Twitter @MissMenopause. A single mother of six, she’ll pass on a full time nanny but definitely needs a live-in psychiatrist. 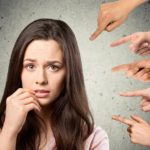 My Kids, My Sex Life, and Your Gossip 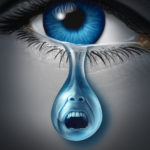