My heart just breaks for poor Kanye. 53 million dollars in debt; I cannot begin to fathom….

Can you imagine the devastation you’d feel going fifty-three million dollars in debt to create a series of beige unitards?

All of that ‘creative genius’ juice flushed down the toilet because 99.9% of the world has no fucking idea what the hell he was smoking when he came up with 99.9% of the designs for his “fashion line”…

I caught the Twitter travesty this morning; a shock-wave of rampant Kanye tweets begging Mark Zuckerberg to call him by “2mrw” so he could “invest 1 billion dollars.”

Zuckerberg: Uh, hello. I saw your cries on Twitter asking I call you. Couldn’t you have at least hollered at me on Facebook? I mean- I invented Facebook, you know.

Kanye: Well, I INVENTED THE GREATEST RAP MUSIC IN HISTORY!

Zuckerberg: I was kidding. How can I help you, Mr. West?

Sorry, back to the urgent need at hand. We need to obviously help Kanye, guys…

What kind of cruel beasts would we be if we denied this generation of “Disney”? I mean, CLEARLY I want my child to take life lessons from Kanye. What sort of parent would I be if I didn’t teach her to run on the soccer field during her teammate’s acceptance speech and shout to the crowd that someone else was far more deserving of the award? And, without a shadow of a doubt, I’d want my child mentored by someone who shares such scholarly insight: ‘Sometimes people write novels and they just be so wordy and so self-absorbed. I am not a fan of books. I would never want a book’s autograph. I am a proud non-reader of books.’

You guys, he said it himself- he can make the world a better place. We just haven’t noticed that the past…mmm, when did he first appear in our lives and  bring such great joy?

HE HAS DONE THE IMPOSSIBLE! Duh. I mean, each one of us has a closet laden with his fashion Spanx that we try to squish our bodies into while jamming out to <<insert name to some Kanye West album that I don’t own, nor ever will.>>

But wait- he’s also asking Larry Page for help, too…

while simultaneously insulting him…

Seriously- screw Larry Page! What kind of jerk tries to give back by opening schools in the COUNTRY (er, continent?) of Africa? It’s only evident that real giving is shown by beige leotards, and (obviously) helping Kanye:

And friends, we KNOW that Kanye is going to create a better planet for us all- history only tells us facts, right?

‘I will be the leader of a company that ends up being worth billions of dollars, because I got the answers. I understand culture. I am the nucleus.’- K. West.

See? What did I say? FACTS.

Maybe our friend just needs a second chance here. Or, maybe he just needs to go away and never come back—but that’s just a last resort, of course! That’s only if Zuckerberg or Larry Page don’t call Kanye back today. Or, if we can’t get our GoFundKanye together in time to help him out of his 53 million in debt. I’m certain that collectively we could raise 53 million, right?

It isn’t as though any of us are trying to peel ourselves out of debt, trying to put food on the table for our children, pay off student loans (which I’m sure Kanye would totally frown upon. School=Books. Books=BAD), or help other causes that actually benefit people who aren’t complete narcissists.

If that isn’t incentive enough, here are a few more reasons we should really be taking this seriously…

So, there it is folks! Obviously we have to help him out. I’m sure if we all chipped in, Kanye could make the world a better place; he’s only shown us time and again how he’s done it in the past- we just need to help him out of debt so he can continue being the incredibly humble, serving, kind, ‘creative genius’ that we all know…. and cringe at the thought of. 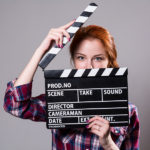 Why Do They Put Women In Movies Anyway? 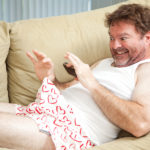 When Your Husband Can’t Find His Nut