Thirty Quarter Pounders. 3,750 M&M’s. $34 in nickels. What do these have in common (besides the fact that I want them all right now)?

They weigh 7 1/2 pounds, the same as my preemie the day he was born.

True. Seven and a half pounds is average for a full-term baby, so it’s huge for a preemie. But size worked against my preemie because he wasn’t strong enough to feed his meaty body, and thus ended up on a feeding tube.

In addition to that apparatus, he was on a respirator since he couldn’t breathe well enough on his own, and had several other tubes and wires attached for this and that. I learned what each one was for and obsessed over the stats displayed on the numerous screens. Every beep and ding caused me to panic all over again.

True. Some of my son’s tiny neighbors were in incubators and had more wires than I could count.

I was totally unprepared to have a baby so early. I mean, who is prepared, really? But I thought I’d have at least a few more weeks. My son had surprised us all by arriving at Week 35 for no apparent reason, other than he wanted to show me early on that my planning days were over.

True. That’s only five weeks before the full-term Week 40 mark, though any baby born more than three weeks before the due date is considered preterm. Most of the other babies had been born even earlier, and their cases were more severe. One baby had been born overseas while his parents were on vacation, and they had to fly back on a specially equipped plane so that he didn’t spend a minute disconnected from his machines.

My son spent 11 days in the NICU, which were the 11 longest days of my life. It didn’t help that I was stuck in an uncomfortable chair all day, not wanting to leave my baby’s side no matter how tired I was, no matter how much my own body ached.

True. Many families we met had spent months in the NICU, seasons, holidays. Watching the world change around them while their babies were stuck inside, their health improving at a snail’s pace.

Though it didn’t feel like it at the time, we were some of the lucky ones. We really didn’t have it that bad, though it felt bad for us. We really weren’t in there that long, though it felt long to us. The day we left, we were happy to be free, but sad to leave our new friends behind. When would they be coming home? I couldn’t even bear to ask that question without the “when” part.

November 17th is World Prematurity Day. You can help brighten a family’s hospital stay over the holidays with a care package by donating to the Graham’s Foundation’s “I’m a Little Miracle” campaign. The holidays aren’t the same when you’re in a cold, sterile hospital worrying about your baby’s health. But they can be a little warmer. 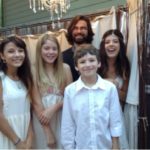 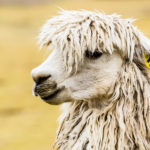