I was recently at a conference where they presented the findings of a research done by the Discovery Channel about differences and characteristics of women and men. It was so funny to hear how women searching for the right partner prefer honesty and humor to good looks. I think that’s a load of crap. We don’t know what we want; because we are convinced we should have it all. And by the time we realize that isn’t going to happen, we are ready to settle down with just about anything.

I am not saying we should be superficial and just pick them by how they wear their suit and how much time they spend grooming their perfect hair, but truly, if he is not easy on the eye, his sense of humor won’t do you much good. Especially if it’s the wrong kind of funny – resembling more of those take pity/feeling sorry for me jokes at his own expense.

And how much honesty do we really want? Sometimes what you don’t know can’t hurt you.  I can see myself in the mirror I don’t really need him telling me anything, honest or funny (or the worst) if he is better looking than me. So, what do we women want? Because even the men are confused by all the mixed messages we’re sending, not sure should they woo us, spank us or just plain and simple just fix our – pipes, pun intended.

We don’t want to be wooed really do we? Because it’s lame, but then again we want at least a resemblance of romance. I need no grand gestures but I still wish my hubbs had proposed, just to settle my curiosity on how he’d do it. He got it easy, we just decided to do it and that’s it.

Spanking is, well, a whole different issue. I don’t know how many of us really want to try it out, but we all like reading about it. Not only that, I found myself having the most awkward conversations with my mother in-law and colleagues at work, because the whole point made me both excited and near to bursting with laughter. So, I truly don’t know how my gender stands on the issue, but let’s just assume that all of us reading about it doesn’t necessarily mean a green light. We were all into Titanic at some point as well, or the Twilight saga, and the guys weren’t contemplating turning into vampires but suddenly all of them want to wield a belt. Don’t. Stick to fixing the pipes, squeaky doors, leaking faucets, etc… I don’t care what anyone says, that is something we will always want.

I don’t know about you,  but I am one of the lucky ones, I guess. My hubby’s got the looks, without having to spend more time in the bathroom than me. He’s funny in the sort of when you most need it way – like comparing me to a smurf during my contractions while delivering his child. And he’s learned to be honest enough – where he can use his experience and judge how much honesty a certain situation requires. For instance: saying I’ll need a year to lose all the baby weight and thus should not overtax myself with worry as that’s just the way it is. And he’s a real handyman when it comes to our house. But what counts beyond all that is the fact he’s also a hell of a father, a role model for our girls.

With all of the above, he sets the bar high, so I am really not the one to talk, right. Don’t get me wrong, he’s got faults and he could use improvement, like we all could. But finally it comes down to finding a right sort of mixture of a man to be your life long partner. Just as you are not just a housewife or workaholic, there’s a whole array of stuff that make you who you are.

So, it’s not really romantic hero OR a domesticated god.  It’s both and a whole lot more.

I'm a thirty-something (let's not get into that), mother of two always on the move girls, and married to a husband in love with photography. We love to discover the world. Born in Slovenia of Croatian descent and most probably all English in one of my past lives I am not able to stay put for too long. Luckily the same goes for the rest of my bunch. I love to read, need to write and then share it all on my blog. Well, perhaps not all... maybe. 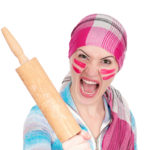 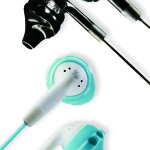