I have always been one who follows the rules. To a fault. I think it is a little bit of the autism gene that runs through my family, because I get very stressed out about breaking the rules or knowing that others are doing it. In the autism world we call it perseverating. In other worlds we call it obsessing.  I cannot let it go. But at the same time I don’t do anything about it either. Because that’s tattling. And we don’t tattle.  And I don’t confront the person because that’s just terrifying. I don’t do terrifying.

Here is a list of things that bug me that people do. Some of them are merely annoying. Some are dangerous. All are against the rules:

Rolling stops at stop signs. Yes, there isn’t anyone else at the intersection. And yes, a lot of people do it.  But it becomes such a habit that the person automatically rolls through without thinking anymore. And my daughters and I in the crosswalk become easy targets for your sloppiness.

Flash photography at live shows. The rest of us would like pictures too. What makes you so special?

Texting or talking on the phone while driving. I don’t care how busy or talented you think you are.  Stop it. It’s against the law in Ontario, and it’s just plain dangerous.

Parking in no-parking zones or handicapped spaces.  Parking in a handicapped space if you are not eligible is just morally reprehensible.  Full stop.  The long list of people that park in the staff lot at school when they shouldn’t makes me stabby.  I didn’t park there until I was explicitly told to park there as part of Maggie’s safety plan, and I even feel like a douche when I pass the other parents who probably think I am just lazy.  I can’t imagine parking there without permission.

The delightful people who combine 4 and 5 – smoking in the back lot at school while they wait for their kids where they shouldn’t be parked.  The one with the anti-gay marriage bumper sticker really makes a case for why I should have his car towed.

Talking during a class or presentation. It’s rude.  I can’t hear what’s being said.  And even if I could still hear, I can’t absorb any of it due to the fact that my brain feels the need to do an in-depth research study on why you are so rude.  I leave the class knowing absolutely nothing about the topic being discussed, but able to write a PhD dissertation on why the person behind me is an asshole.

The neighbours’ love of burning toxic wood in their fire pit and of banned lawn chemicals.  If I had any desire to kill myself I would just do homework with my children – the brain aneurism would be swift and effective.  The asthma attacks and certain cancer brought about by your love for toxic chemicals are just a little more drawn out than I would like, and pretty much negate the $11 million I spent on organic produce and hemp seeds.

Those are just 8 in a long list of rules being broken that I can’t ignore, and may eventually kill me.  My eldest daughter is exactly the same way, and so is my husband.  When he was a child, he used to hand out tickets to the other kids on his street when he thought they were riding too fast on their bikes.   We’re not much fun at cocktail parties, but if you ever need a hall monitor, you know where to find us.

Comment below and let me know if you’re a rule follower or if you think rules are made to be broken.  Just don’t comment while you’re driving.  My husband will give you a ticket. 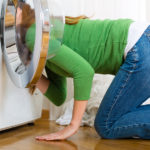 One of Life’s Greatest Mysteries – Where Do the Damn Socks Go? 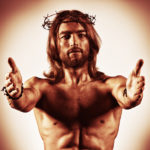