She looks so peaceful and calm, as if sleeping. The doctors say to talk to her; she can hear you. I don’t believe them and I look for proof on my own. We were told she had cancer four short weeks ago but no one expected this would happen, or this quickly.  Doctors didn’t speak directly to children and at eighteen, a college sophomore, I was still considered a child and not privy to grown-up, difficult, life-changing conversations.

I whisper “I love you mom, if you can hear me squeeze my hand.” There is a pressure in the grip, she is squeezing, or maybe it is all in my head. The power of the brain blurs the lines of perception and reality allowing us to create and live in our unique human illusion. Sometimes this is the one way to survive a situation leaving you whole, focused and standing like a pillar instead of in pieces on the ground like shattered glass.

The people in her life who appeared by her bedside were her two best friends, my father, my boss and my aunt- none of whom knew she was brought to the hospital yesterday. Hours of the phone going directly to answering machine screamed something is wrong and as if there was a bat signal in the sky, everyone who was important in mom’s life just knew to go to the hospital. Within minutes of each other, her salt circle was around her bed just waiting for a sign, any sign that those big brown eyes would open and that contagious smile would unveil itself.

It was only yesterday that mom developed a cough, and the white coats told me sternly to watch for this and bring her to the Emergency Room right away if that happened. She balked as I drove her- mostly at my command of the wheel, but mainly at life mustering up enough energy for one last fight.

We were ushered quickly into a room and mom handed me her purse and instructed me to take the car to Sears and have a distributor cap replaced. My mother’s automotive knowledge peaked at what gas station washed the side windows without leaving streaks best.  She knew then that this was not a “play it safe visit” and this trivial errand was to get me out of the ER and distracted until she had things under control again. It was difficult for me during this month to hide my fear and sadness and I watched this monster slowly drain the life out of the person that the world gave me to have forever.  It was even more torturous to look into my mothers’ eyes swollen and red and know the tears were shed for moments that will be missed.

It was a Sunday and we were supposed to be enjoying inappropriate dinner conversation, laughing, making wishes and blowing out candles on a chocolate frosted, lopsided cake.  Two months earlier when life was ours to plan vacations and bicker over curfews and dress lengths, mom asked my grandmother for a birthday dinner and party this year which grandma happily obliged. From the nurse’s station I called my grandmother and told her we wouldn’t be coming; reality still not resonating, I told her we would have to reschedule the party for next week.

Some alarms wired to patients began to sound and nurses asked us to leave and sit in the waiting area. The sound of the alarms meant there was an emergency with a patient and clinical staff needed the area clear of all visitors on the unit. Once the patient was stable a nurse would come out to the waiting area and allow everyone back in to visit with their loved ones.

The alarms sounded faint to me, I wasn’t moving, I wouldn’t let go of her hand, she was going to open her eyes up any minute and I would be the first to wish her a happy birthday. A nurse gently pried our hands apart and ushered me out of the unit assuring me she’d come to get me as soon as possible. Alarms went off so frequently that after a few times, I would listen for them to stop, count to thirteen and the nurse would open the door to the waiting room to let us back onto the unit and out I went. Giant strides, almost a jog, eight was all it took until I was in position, bedside, her hand in mine.

This time the doctor came to get us, but instead of an all clear, he closed the door behind him and sat down. The doctor asked everyone to please leave until it was just my father and I. We sat in silence, paralyzed with fear. The doctor looked at me, “You have to make a decision, your mother’s heart stopped five times and we keep re-starting it. We will keep resuscitating her as long as you want but she’s been without oxygen for a while and at this point, she will be a vegetable.” In mere seconds my world shattered, slicing my heart and soul into pieces at my feet, perception a void, and reality unavoidable.

Those alarms that kept sounding were for her, each time we left she died. While we were pacing the floors waiting to get back to her side, the doctors were bringing her back to life. There was so little life to bring back now; her fight replaced with machines, her will replaced with our hope.  Why me?

Why couldn’t he, my father, the man that wasn’t there my whole life, other than a cameo at birthday or graduation parties, the least he could do is make this decision. That’s the most wretched part of being an only child to divorced parents, legally I had to make this call – no one else, a decision that would follow me for the rest of my life.

No more alarms, no longer locked up in a waiting room; we were free to be by her bedside, caress her face, hold her hand and take a mental snapshot of the woman that they would see when they sat around and shared memories.  It was the only birthday gift I could give her, a chance to take her last breath with the people she loved around her and that loved her unconditionally and forever in their hearts.  Happy Birthday, mom, may your light shine bright forever.

Allison Stewart lives in a very small suburban town with her four children and her inappropriate, politically incorrect, incorrigible father. She works as a Patient Advocate at a Trauma Center by day and spends most evenings juggling sports, family events, fundraisers, broken down vehicles and meltdowns. Allison also makes an attempt at attending the gym several times a month……….usually on 20% off smoothie days. In her free time, she enjoys spending time with her guy who still gives her butterflies every time he winks at her. 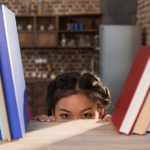 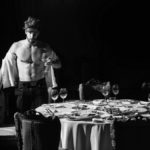 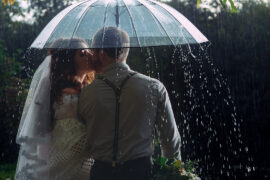