Now my husband likes nearly naked women as much as the next hetero man, but if I turned up in the bedroom with an 8ft tall feathered contraption strapped onto my back, it wouldn’t make a damn bit of difference what kind of sexy lingerie I had on.

That man of mine would laugh so hard that he’d probably give himself an aneurysm.

So what in the hell is Victoria’s Secret on about with this crazy-ass angels show? Have you looked at any of the photos from last night’s “top secret” recording?

Take this one for example:

The long-sleeved bodysuit screams “I wanna have sex with you, but can you pass me some scissors so I can cut a hole in crotch because otherwise you’re gonna need to vacuum suction this thing off of my body.”

At first, I was like, “OK, I’d have to be on top, but I could make this work,” but then I realized that those wings look exactly like my post-childbirth labia. #FAIL

Then there’s this nonsense…

“You don’t need to pull the blinds, honey, I’ll just throw on this giant granny shawl I found back in 1978 in a dumpster behind Studio 54.”

And this one should come with a weapons permit.

“Your honor, I have no idea what happened! I just spun around in a circle and when I turned back I’d accidentally sheared his erect penis off of his body.”

….on the bright side, you can use some of the tassels to tie it back on, m’kay.

Speaking of the wrong kind of toy box 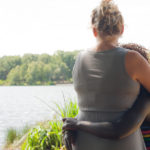 The Question Adoption Families Hate to Hear Most 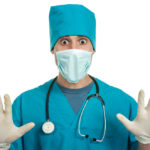 I Took My Toddlers to My Gyno Appointment