The first time I met Gwen* was our freshman year in college. I ran into her in a neighboring dormitory. She was waving her arms around wildly, screaming obscenities at her boyfriend, and basically ripping him a new asshole. I couldn’t quite figure out what he had done, but I could tell it was really bad. Her verbal assault on him was even worse. I turned to my roommate and said, “Remind me to never piss her off.”

Over the next two decades, I would tell that story dozens of times. It was always greeted with laughter, and, from those who knew Gwen, knowing looks. Gwen had passion—that was for sure. I always thought it was such a funny story of how I met my best friend. I never realized how ironic the story would become in our own relationship.

Despite our dramatic introduction, Gwen and I became fast friends. In college, we shared a love of literature, underage drinking, college boys, and Monday-night television festivals that included Beverly Hills 90210 and Melrose Place. We were inseparable. We lived together. We took the same classes. We went on double dates. With each joy, heartbreak, and challenge in our lives, we became even closer.

After college, we remained close even though we lived a few hundred miles apart. She was a bridesmaid in my wedding. We celebrated her engagement. We visited each other’s first homes. Like most friendships, we had stretches of time in which we didn’t talk or write, but we always picked things back up where we had left them. I’d finish the sentence she had started months prior. We made it work even though we weren’t in each other’s daily lives.

With the introduction of social media, our friendship picked up intensity. Suddenly we were able to be a part of each other’s daily lives—if only virtually. Over Facebook and email, we supported each other through serious health issues and life changes. Via text and instant messaging, we celebrated everyday joys and victories. Although our lives were preventing us from visiting each other, we kept that connection strong.

But social media–the technology that strengthened our friendship–was also the source of our downfall.

Our undoing began a few years ago. At the time, she was doing an ex-pat assignment overseas. I had just moved back to our home state and was getting my family established in a new area. Both of our lives were busy and stressful, and we weren’t as connected as we had been. We kept in loose contact via Facebook and email, and while I missed my dear friend, I assumed we would ride it out like we had done in the past.

She started traveling to my area, but she didn’t tell me. I found out about her visits because she “checked in” on social media. At first I was hurt, but I tucked my feelings away figuring she was just very busy. And honestly, it felt weird to be tracking her over Facebook. The second time it happened, I got mad. Why wouldn’t she tell me she was in town? After the third time, I decided to message her. I told her that I was sure she was busy, but that I’d love to see her when she had time. At least that’s what I tried to convey.

She wrote back a clipped note: “My mom is really sick. That’s why I’ve been home so much and haven’t had time to see anyone.”

Oh shit. I had no idea about her mom. I wrote back a quick note to express my sympathy and support. Thanks(?) to Facebook Messenger, I saw that she had read it, but she didn’t reply. So I reread her terse response to my original message. There was more to it than just her words. I knew what her “tone” meant. She was mad. Yes, she was struggling with her mom’s illness, but the lack of words meant that I had angered her. What she didn’t say spoke volumes.

I had spent hours selecting just the right words to convey that I wanted to see her—but also not to back her into a corner. My emotions must have gotten in the way, for clearly I had upset her. And she couldn’t hear me or see me, so she misinterpreted. I wrote a second, longer, heartfelt message about her mom and how sorry I was if I had offended her.

When Gwen didn’t reply right away, it confirmed what I had suspected: she was angry. But, when she wrote back two weeks later, I was not prepared for the intensity of her response. Gwen wrote me a scathing message about how I had been a terrible friend for the past couple of years and how a few Facebook posts don’t make a friendship. I shouldn’t expect that she would confide in me. And that I shouldn’t expect that she would go out of her way see me. She had more than enough friends who had actually been there for her over the years.

I burst into tears. I was at a loss for words. Prior to this exchange, I had no idea Gwen was so mad at me for so long. We always had periods in which we weren’t as connected. I had figured the past year or so had been one of those periods. Clearly it hadn’t been for her.

I knew Gwen wouldn’t answer my call; so again, I set to work on a reply. I labored over my words, trying to figure out the best way to work through our conflict. I apologized for my poor word choice. I assured her I wasn’t trying to make her feel bad; I genuinely just wanted to see her. I acknowledged that we hadn’t been as close lately and asked her to consider that we both had a part in that. I sent that message and waited. I saw she read my message, but she didn’t reply.

Worried that I wouldn’t hear back from her, I followed up with a more detailed explanation, a second apology, and another plea for her to call—to respond. Again, absolutely nothing from her. I was getting the virtual silent treatment. But I kept waiting.

During that time, I thought about Gwen’s college boyfriend. Rather than pitying him like I had before, I envied him. At least he had received his tongue-lashing in-person and had been able to respond and be heard. When you’re yelling at someone face-to-face, the words go straight from your heart to your mouth. The words might not be pretty, but they demand attention. They demand a reply. All I had was email. No matter how carefully I crafted my words, I couldn’t make her reply. I couldn’t get in her face and demand that we work through the issues. So instead of a verbal explosion, I heard a distinct lack of noise. And with each passing day, what remained of our friendship quietly died.

I cried for weeks over the loss. I checked her Facebook page daily to see what she was doing. I checked my message repeatedly to ensure she had read it (she had). And that made me furious. How dare she send such a harsh note and then not reply! But, still, I longed for my friend, and I hoped that she would reply.

She didn’t. Not a damn word for over a year.

Over that year, I watched Gwen’s life over social media, but I wasn’t a part of it. I watched her move back to the states and settle into her new life—buy a new house, enjoy new restaurants, and go on fun new outings. Twenty years ago, I wouldn’t have been privy to this knowledge. I wouldn’t have been able to witness her life unless I was a part of it. Watching it over social media was a repeated punch to my gut. I alternated between anger and pain. Between fury and tears. I kept waiting, but still no response from her.

I was stunned. I had given up hope that I would ever hear from her, and then she dropped that bomb. Had we been face-to-face, I’m sure I would have forgotten everything and screamed for joy and hugged her ferociously. But this was email, and I was numb. My heart couldn’t process any feelings, and technology allowed me to hide behind it. I wrote back a simple note: “Congratulations, Gwen. That’s very exciting news, and I’m very happy for you and Mark. I’m here if you ever want to talk.”

I didn’t really expect to get a reply, but I hoped for one. Maybe I should have gushed over her news more, but I wasn’t sure what she wanted. I couldn’t read her facial expressions or tone of voice over technology. Did she want to pick our friendship back up or was she just sharing this as a courtesy? With my reply, I tried to open a door to see if she would walk through it. She didn’t.

Two months later, shortly after I notified my friends of my brother’s suicide, she sent me another message. She expressed her condolences, but her words were awkward. She seemed to imply that the impact of his death wasn’t as severe given that I hadn’t seen my brother in over a decade. Blinded by grief, I couldn’t see that at the heart of her note was sympathy. I could only read judgment. I replied with a harsh note about how offended I was. I picked apart her message line by line to show her just how hurtful it was. I asked her to please tell me I had misinterpreted her words.

Gwen wrote back immediately to apologize. She said she had worked so hard on choosing her words that she ended up conveying the opposite of what she had intended. I understood that all too well. I wrote back and thanked her profusely. She wrote back and did the same.

Were we finally talking again? I became hopeful that I would get my best friend back. That we could work through our rough patch.

And then, at some point during the next few weeks, she officially broke up with me. She didn’t do it in-person. She didn’t call or write. She “defriended” me over Facebook. Just like that, 20 years of friendship ended. She ended it permanently and decisively with the simple click of a button. No words, no wild arm gestures, no verbal explosion. She just selected “unfriend” on her computer and walked away.

I wrote Gwen a short note: “So I just discovered that you have unfriended me. I’m pretty shocked and hurt, but it is what it is, I guess. I’m sorry that it came to this. I do wish you the best always.” She read my message, but never replied. I debated calling her, emailing her, visiting her, but I couldn’t. I can’t. She ended it. It’s over. 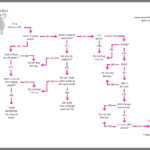 How to Buy a Toy (Spoiler Alerts) 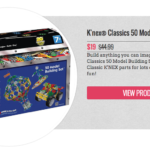 Finding the Best Deals at My Outlet Store