When I say that, I mean it in the most loving, respectful way possible. It’s true though. My son has somehow assumed the role of a parental figure in our home, and it completely sucks. At 10 years old, he is one boss awesome kid and I love him to the moon and back. However, the fact remains he is calling me out on my bullshit, and it is really beginning to piss me off. The last thing I need is more guilt and another conscience. I have enough as it is, thank you very much.

Case in point. My son disapproves of Katy Perry and has no qualms about letting me know I should disapprove of her as well. I know, right? Boo.

He heard me singing one of her songs the other day and stopped me mid lyric with, “Mom, that song is super inappropriate.”

What the hell? You could almost hear my eyes roll. Last I checked, I thought I was the one who should be talking that kind of smack, not the other way around.

“You do know what a birthday suit means, and you do realize what she means when she sings about ‘bringing out the big, big balloons’?”

He then used his hands to cup his chest in order to further his point. “Boobies, Mom. She is talkin’ about big ol’ boobies.”

Shit. Call me an optimist, but I thought 10 year old boys were still pretty clueless about the mysterious world of boobies. I figured I was still in the safe zone until he started growing arm pit hair or something. I wonder if my fellow moms would vote me off the PTA island for the negative influence I am having on my son. That might not be such a bad thing since I was pretty much useless for the PTA in the first place.

I know I’m not the brightest bulb in the chandelier, but in my defense, I was kinda hoping Katy Perry meant actual birthday balloons. Or perhaps I naively assumed my son would. You have to realize however, my initial interpretation of this song is coming from the girl who back in the day, thought Karaoke was the name of a band and couldn’t understand how they maintained such a heavy tour schedule.

Jessica is a wannabe urban homesteader, living in Portland with her blended family of 4 kids, 3 rescue dogs and 4 chickens named after Starbucks drinks. A former pharmacy student, Jessica decided she like baking better than drugs so went to pastry school instead. Described by her friend as a "Feminist Jedi Master", Jessica can be found spreading 'peace and wisdom' over at her blog, The Dalai Mama, at www.travelingmercies-jessica.blogspot.com 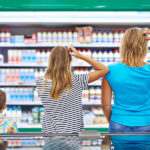 When You’re Not ‘That’ Mom 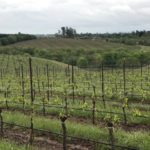 I Thought We Were Over the Hard Times