We’re back at school. It’s been about a month and although my kids moaned about it, I knew they were looking forward to the routine, friends, and getting away from boring old me. Early days are the best too because there’s no homework, there’s goofing off, at least there was in my day, and the weather is still great. What’s not to love? So, on the first day of school, I was expecting a happy 5th grader, one who had seen all his friends, didn’t have homework, just a chill day. Instead, he immediately opened a giant packet of detailed information about clubs and attendance and field trips and library rules and, for my 5th grader, the two scariest things he’s ever read: If you don’t pass the STAAR test (standardized test in Texas) and you miss more than 17 days of school, you will not advance to 6th grade.

“Moooom! I’m going to fail 5th grade.” “What?” He shoved the papers in my face. I explained that he would not fail and it was the first day of school and how about a snack. No. This was a full-blown hyperventilation situation and was going to take more than a snack.

After an hour, he was calm(er). Three things about my kid. 1) he gets sick a lot 2) he has dyslexia and 3) he has ADHD. He panics. When he gets sick, I keep him home, so, he is absent a few days more than the “state maximum” some years and the principal is fine with it because he makes up his work. She actually prefers it because I don’t send him to school sick and contagious.

My son also worries about his learning disability and testing. Standardized testing is new to him. They separate him from the large class so he can concentrate and he does well. But to read, in giant capital letters on the first day of school “YOU MUST PASS THE STAAR TEST TO ADVANCE TO 6TH GRADE” freaked him out. Mind you, there was a list of bullet points below this proclamation including that there would be assistance for kids with tutoring, extra chances to take the test if failed the first time, practice tests, and so on. But it’s the first day of school and why then? Why can’t the schools stop pressuring these kids about testing? Isn’t learning supposed to also be fun, creative, and interesting? Are ten year olds supposed to need anti-anxiety meds and worry about ulcers?

I talked him off that ledge and after his breathing normalized, we read the sheet, together, bullet point by bullet point. He said, “Oh look, you get three chances to take it,” and “Does tutoring mean they give us extra help in long division?” “Yes,” I said, “If that’s what you need.” He sighed. There was more, and with each point, he calmed down. “Honey, I said, “it’s the first day of school. Last year you got a 91% on the test. You’re going to be fine. Please don’t worry. Do your work, and if you need help, ask, OK?” He fell into my arms.

And then he got sick. Really sick. Yes, the petri dish of hundreds of children with twice as many barely washed-I-turned-on-the-water-and-my-hands-were-there and coughing and sneezing and sweating all over each other at recess, and oh my God don’t get me started on the boys’ restroom.

Last year, the school nurse, who has since retired, bless her heart as we say in Texas, told me that every year for 35 years, the third week of school she had vomiting, strep throat and/or some other kind of disgusting coming through her infirmary. Every year, third week of school.

“Dixie,” I said, she and I were well acquainted, “You are the school nurse. Aren’t you used to the puke and stuff?”

Great. And, some kids NEVER get sick. And I freaking hate them and their damn moms. “Oh my kids never get sick,” they say with the eyebrow lift and the shoulder shrug.

Come a little closer healthy mom and I’ll kiss you on the mouth and give you fifteen communicable diseases, because I bet your kids do get sick, and you send them to school anyway, and then my kids, who get REALLY sick catch every fucking thing, even mosquito bites, and then they are out for a week and on five different antibiotics and oh, bless your heart.

So, this year, my son who catches strep throat from other counties and through the television screen, got sick the weekend before the third week of school, Labor Day weekend. And normally, since this is not my first rodeo, I catch it early and get him on the good drugs so he’s not miserable for a week. Well, he was at his dad’s. So when he said he had a sore throat, there was no flashlight investigation, and I’m pretty sure no temperature was taken. Then came the text because he threw up, and felt awful and wanted to come home. Plus, my ex had to go to work.

He proceeded to spike to 102, and throw up a few more times. By the time I got him to the doctor the next morning, his strep was so bad, and he was so depleted, that he missed the rest of the (short holiday) week. Four days of school.

He’s ten. Fifth grade. He’s not in high school and applying to colleges. He’s not the President of the United States with a red phone on his desk. He’s not a Nobel Peace Prize winning scientist running a time-sensitive biology experiment with the CDC that if not done precisely within a certain time frame, millions of lives and dollars will be lost. He is ten and learning decimals.

I emailed his teacher when I realized he’d be out the entire week and suggested I come by and pick up his make-up work so he could do it over the weekend.

And this was her reply:

“I do hope L is feeling better, I know strep throat can be so painful. I want to emphasize how important it is to be in class. Even when students do the make-up work, they miss so much by not physically being in the classroom, especially as we prepare for the STAAR test. We really hope to see him very soon.”

Really? Is that how school works? The children are supposed to be in class. Son-of-a-bitch. If only I had known that before, I’d have handled this illness differently. I’d have carried a listless, feverish, contagious, vomiting child to your classroom so that he could learn whilst hovered over the trashcan moaning and spreading a highly contagious illness to your students and the rest of the school. I am so glad we cleared that up. Seriously?!

How about this? I do not want to teach decimals. I’ll help him with his homework, but otherwise, not interested. Also, social studies, not so much. Why don’t you do that, and the science stuff, history, all that crap. And, since you have to, help him nail that blessed STAAR test. The mom part? I am on it. I will even clean up the puke, cuddle with him and probably catch whatever he has. How’s that for a deal? Don’t tell me how to parent my child and I won’t tell you how to teach.

I get that schools are under pressure from the state to have students’ assess in seats for funding, and testing, oh glorious testing. But none of that is going to happen at the expense of my child’s health. If my kid is sick, he is staying home. And, you should really thank me, because those other parents, the ones who send sick kids to school? They are the problem, not me. As we say in Texas, bless your heart, but I’ll be the mother, and you be the teacher. Thank you so much. 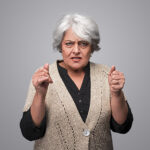 Struggles of Being a Mother’s Mother 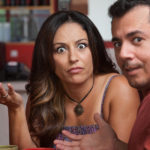