We all sometimes witness things that make us want to BARK at other people. Bad drivers, fashion victims, slow walkers and close talkers all bring out the worst in me. I know you can’t picture old Magnolia popping a vein from all the restraint, but truly, I do sometimes just turn the other cheek.

There is one thing I cannot bear and you shouldn’t either.

As Mothers, we often entrust our children to other people. Sometimes babysitters, our in-laws (shudder) and day cares. We breathe a sigh of relief when the Daddy takes them out for an errand so we can deal with our body hair or whatever is currently plaguing us. But do you know that very often these folks – although incredibly well intentioned – might be teaching your child to be a victim of abuse?

I might stand alone in this view, and will withstand the torrent of screechers who I offend, but if you think about it for a second, you might agree with me just a little.

People want to give your kids treats, or let them sit in the front seat, or do stuff with them that everybody knows Mom would not permit. They want to feed them contraband chocolates, or Pop or let them watch movies you wouldn’t. The lure of being the provider of the special treat is so great that they do it even though they know you disapprove. And rather than owning up to their blatant disregard for the rules, because they are assholes, they tell the child not to tell you.

This is teaching the child to keep secrets. It is teaching them that secrets from mommy are especially okay. And worst of all, it is teaching that Mom isn’t safe. It has been done by Grandparents since the beginning of time, but that doesn’t make it right.

A friend of mine talked about the time she brought home doughnuts. Her two year old picked up a cruller and said “Look! A don’t tell mama bun”. The now busted, and currently doghouse-residing husband had been teaching the child to be dishonest.

I don’t think I have to draw the line for you smart people, but I will because some of you might not be. A child who is taught to keep secrets will do so when threatened by an abuser. Children do not have the skills to differentiate between an innocent secret and a really bad one.

It may be a point of friction in your life, it sure was in mine. Everybody got informed of the “no subterfuge” rule, and when broken the consequences were harsh. We have compliance from all caregivers, and my children are now just about past the danger zone where they might be victimized by Uncle Pervy. It was painful but it was oh so worth it.

Protect your babies, don’t let them be given secret ice cream. 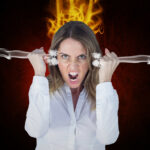 This is My Midlife Crisis 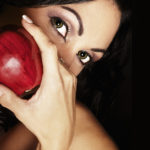